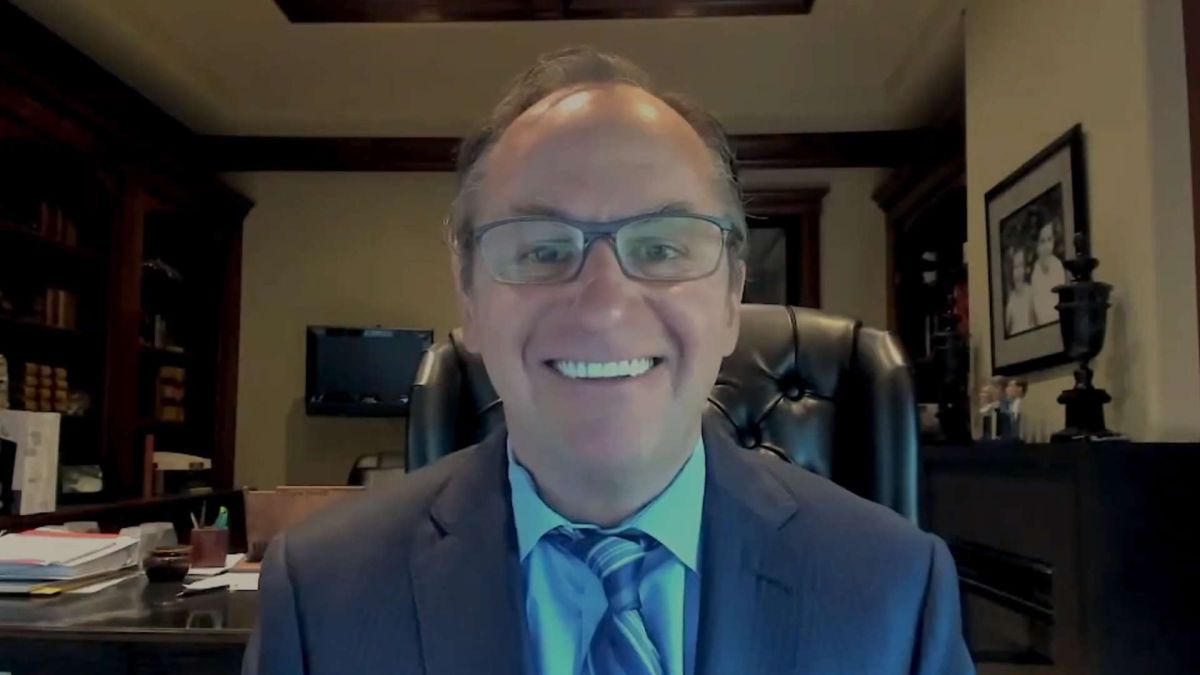 Intel CEO and star of Untitled Swan Game, Bob “Robert” Swan, has confirmed the next-gen Tiger Lake laptop generation is still on track to be unveiled “later this summer.” In a YouTube guest spot ahead Virtual Computex, Swan took to his webcam from home to extol the virtues of the Taiwanese trade show and its importance in the global tech scene, as well as what Intel has coming up this year.

“Later this summer,” says Swan, “we’ll introduce Tiger Lake and cement our position as the undisputed leader in mobile computing and PC innovation.”

He had previously stated that it would debut in the middle of this year, and it doesn’t look like the global situation has affected that.

But ‘undisputed’ is still quite the claim, especially given the hosing that Intel’s current lineup is facing when it comes to actual processing benchmarks. With AMD chips such as the Ryzen 9 4900S in the Asus Zephyrus G14 and the Ryzen 7 4800H in the Dell G5 15 SE giving Intel’s 10th Gen mobile chips the runaround, that lead is very much disputed.

But Swan also says that the current pandemic is a chance to stop worrying about such things as benchmark numbers.

“We should see this moment as an opportunity to shift our focus as an industry from benchmarks to the benefits and impacts of the technology we create,” he says. “The pandemic has underscored the need for technology to be purpose-built so it can meet these evolving business and consumer needs.

“And this requires a customer-obsessed mindset to stay close, anticipate those needs, and develop solutions. In this mindset, the goal is to ensure we are optimising for a stronger impact that will support and accelerate positive business and societal benefits around the globe.”

This desire to shift away from synthetic benchmark numbers has been a common thread since Computex and E3 last year, and seems to be a continuing narrative. But despite its imminent unveiling it doesn’t look like Tiger Lake is going to be a feature of either Virtual Computex or the ‘real thing’ going down in later this year.

One of the biggest technology shows of the calendar, and the site of some of the biggest PC announcements of the last few years, Computex was due to be going on right around now across Taipei. Instead it has been replaced with a few online talks—Nvidia’s own CEO is giving one, potentially from his kitchen again, on June 2 about AI innovation moving humanity forward.

Sorry Jen-Hsun, I don’t even think that plea for clemency from our future robot overlords is going to save you. We’ve all seen what you did to the bots in order to teach them to play golf and ice hockey…

But Computex proper has been scaled down and rescheduled for a couple of days at the end of September. Though given the reports of even Taiwan’s own motherboard and GPU makers steering clear of the rescheduled event, it looks pretty doubtful whether we’ll see any of the big three—Intel, AMD, and Nvidia—in attendance.