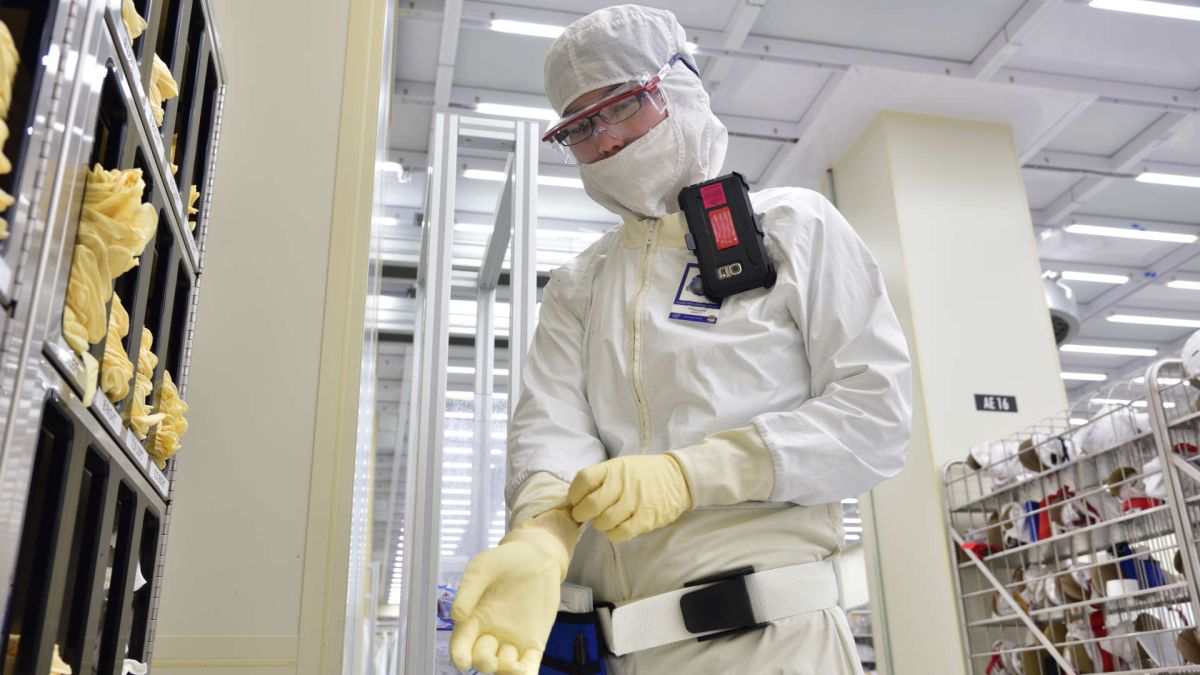 Intel is donating over one million personal protective items to support healthcare workers around the world. The CPU maker announced the initiative yesterday, with the company donating masks, gloves, and other protective gear to healthcare professionals. And what is Intel doing with all that equipment in the first place? Well, that’s a benefit of being one of the biggest silicon manufacturers in the world with a host of factories and clean rooms around the globe.

Workers in Intel factories have to wear protective equipment whenever they’re on the manufacturing floors, replacing, testing, or repairing equipment. You will have probably already seen the pictures of the Intel bunny suits, except in those instances they’re protecting the equipment from human contact, not protecting the humans themselves.

“We will donate masks, gloves, face shields and other gear that we have sourced from our factory stock and emergency supplies, and we’ll continue to look for additional sources of personal protective equipment that we can source and donate as quickly as possible to meet our commitment of more than a million items,” said Intel’s Todd Brady.

So yeah, whatever you think about Intel, its recent 10nm manufacturing issues, and the fact that AMD is in the ascendance partly because of its decision to go entirely fabless, I think we could thankful Intel decided to keep the faith with its own factories around the world.

It’s currently got 16 facilities across the globe, with four in Oregon, four in Arizona, one in New Mexico, a pair in Kiryat Gat, three in Leixlip, Ireland, one in China, and a recently de-mothballed packaging plant in Costa Rica. I got to visit Fab 28 in Kiryat Gat last summer and, for a hardware nerd like me, the place where Intel tricks sand into thinking was an incredible thing to see.

The company has already donated $1 million dollars to the International Red Cross, and is working with local health authorities around the world, alongside local government, to ensure that the aid it is giving can be distributed where it’s needed the most.

“We are immensely grateful to the healthcare workers who are at the front lines of slowing this pandemic,” says Brady.