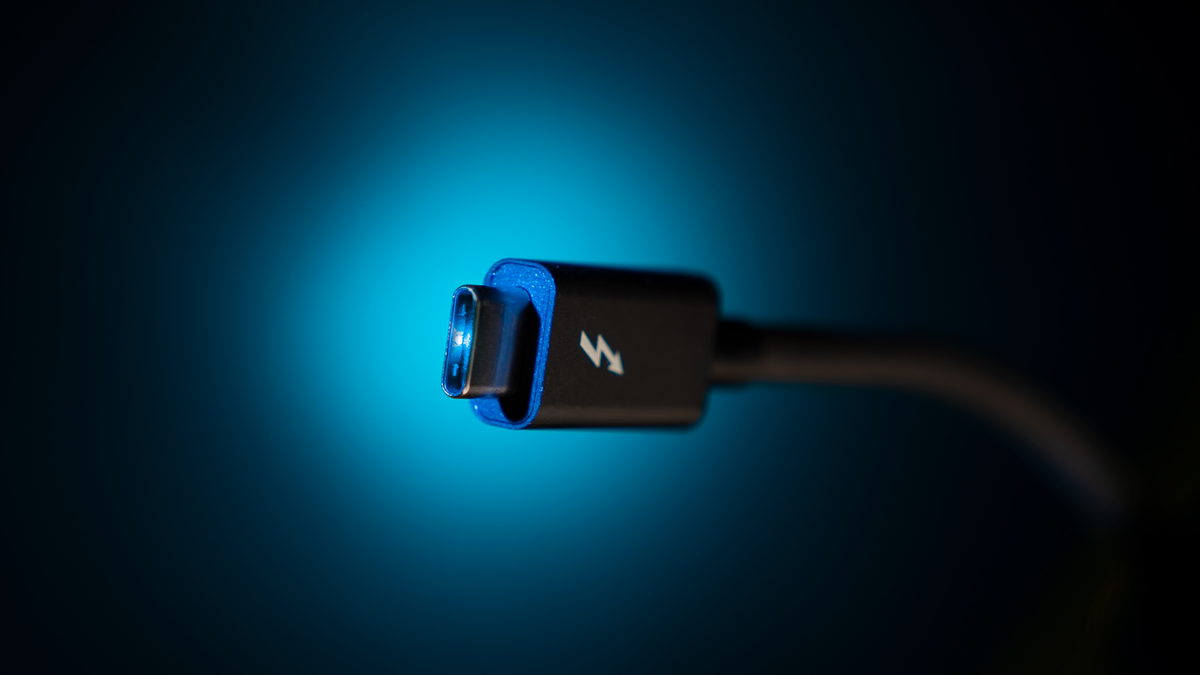 It isn’t easy getting excited about a connection standard, and believe me I’ve tried. This is even harder when you’ve got a universal standard already in place—I’m talking about USB for those not paying attention. So Intel has a bit of an uphill struggle on its hands, although it’s making the right noises about Thunderbolt, and has managed to squeeze support for Thunderbolt 3 onto loads of motherboards and laptops with its latest chips, so there is hope.

Somewhat surprisingly for a new standard, Thunderbolt 4 hasn’t doubled down on the previous iteration in terms of raw throughput. It offers the same 40Gb/s bandwidth as Thunderbolt 3, which is still double that offered by USB4’s 20Gb/s. For reference USB 3.1 Gen 2 offers up 10Gb/s, while straight USB 3.0 will see you good for 5Gb/s.

What has doubled though, is the number of 4K displays that the interface can drive, going from a single 4K display up to two, or a single 8K display if you’d prefer. The supported cable length has increased to 2 meters, and hubs with four Thunderbolt connections also get a look in. This is while retaining USB4 compatibility.

There’s a video from inside of Intel’s Thunderbolt labs showing what sort of connectivity is possible using an Intel Tiger Lake laptop hooked up to a pair of 4K displays, via a Thunderbolt 4 hub. This includes a brief shot of files being copied across to the machine from an Thunderbolt external hard drive, which quickly cuts away when you see the performance drop off a cliff.

It’s probably wise that Intel tries to get people excited about Thunderbolt, because it’s biggest supporter for many years was Apple, and that relationship took a bit of a turn for the worse recently, when Apple announced that it was dropping Intel in favour of its own ARM-based processors.

Whether we actually need another standard vying against USB4 is up for debate, especially as it looks the same (it uses the same USB Type-C port), but being able to drive two displays from a Tiger Lake laptop may just be enough to win us over.