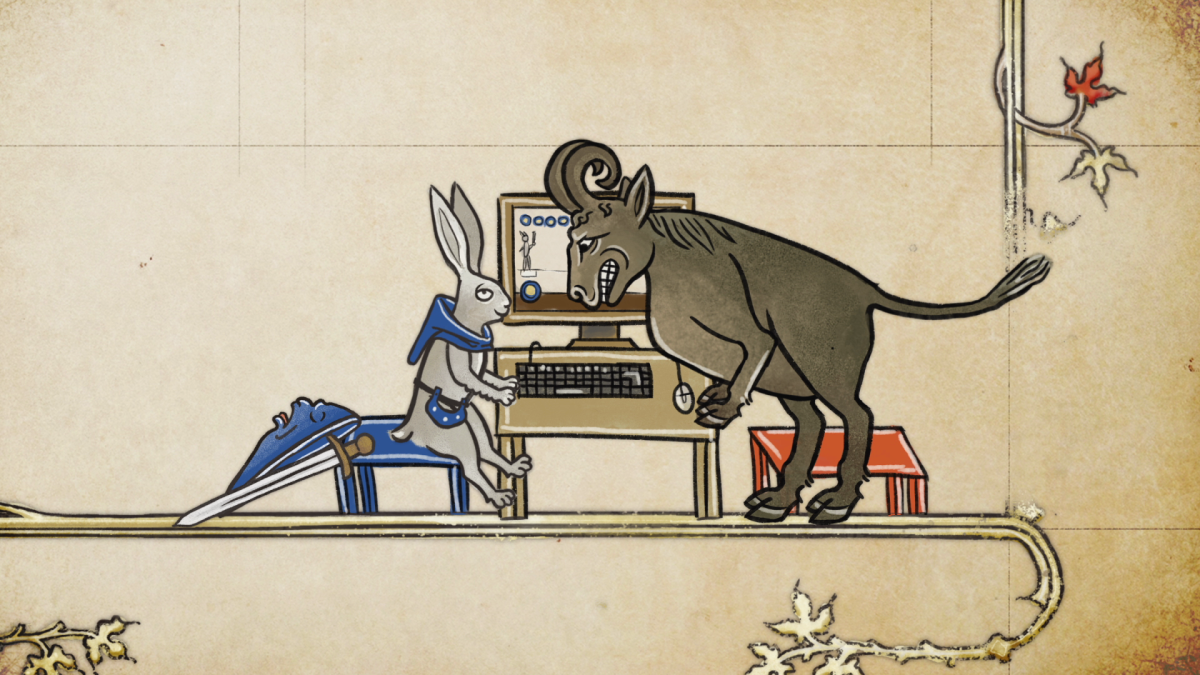 VIDEO: See the Inkulinati trailer above. Also on YouTube.

Inkulinati is a turn-based strategy game based on the cheeky memes of medieval monks. Each unit is based on the drawings found in old manuscripts, and it seems that the monks of the middle ages had a peculiar sense of humour. There are cats acting as bishops, man-eating snails, donkeys who play trumpets from their rear ends, and, the most recent addition, bulls who fart powerful spurts of fire. You can see this wonderful display of fiery chivalry in Inkulinati’s new trailer—shown at the PC Gaming Show.

Stepping into the metallic sabatons of a medieval illuminator, you have the magical ability to bring crude doodles to life. Using your inky animal army, you’ll challenge other members of the titular Inkulinati, fighting them in a mess of inky splats. Quill firmly in your hand, you can draw units of colourful beasts with special abilities, performing healing prayers, vomiting on enemies, and flashing a bare bum to throw the opposition off.

Units aren’t your only source of strategy. Illuminators have special actions they can use, drawing reinforcements, painting obstacles, and even crushing enemies with their fists. You’ll also have to keep an eye on your inkpot, a resource that gets used quickly when you’re drawing units. It can easily be topped up when you take out enemy units, ink spraying across the page when they are defeated.

Polish studio Yaza Games has combined the absurdity of these doodles with the comedy of Monty Python to create a humorous, light-hearted strategy game. Inkulinati is currently in the throws of its Kickstarter campaign but has already met its goal of $20,000. Check out the campaign page for more delightful information about the game’s illustrated army and its history.