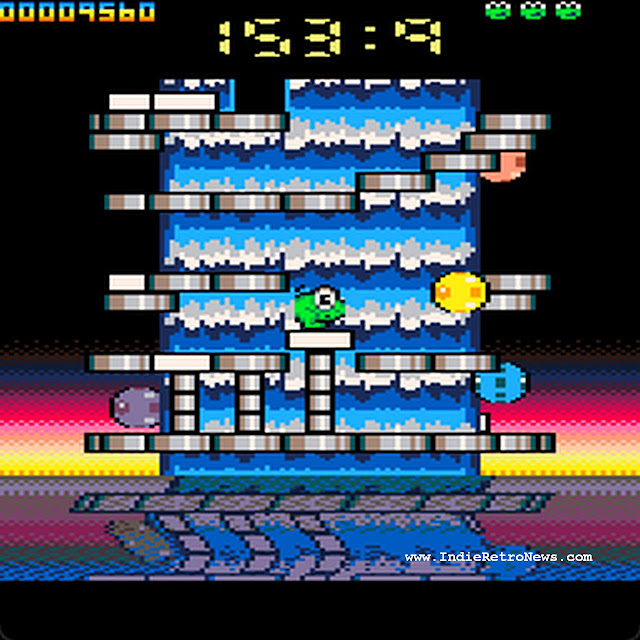 If you have a Pico-8 or wanting to play a rather lovely remake via your browser you might like this news story, as trawling through the itch io page, we’ve just come across a fan based remake for the Pico-8 called ‘Nebulus’. Yes indeed if you remember the 1980’s game originally released by Hewson Consultants for systems such as the Amstrad, Amiga, Atari ST, C64 and ZX Spectrum. Will be pleased to know you can play the game as a remake via your browser or through the Pico-8 running at 60fps in the console’s undocumented hi-res and hi-color mode thanks to carlc27843: (128×256 resolution with the full 32 color palette, fitting into a single cart (17152+15616 bytes data+lua). Here is what the website says about this fan based remake which is getting some very good feedback from those that have played it! “You arrive at the bottom of each tower in your trusty submarine. Climb to the top of the tower within the allowed time. The towers are covered with various ledges, tunnels and lifts. You may also discover ledges which dissolve when you stand on them and slippery ledges which will push you left or right.

Flashing blocks and bouncing balls can be destroyed by shooting them but the silver rolling balls can only be stopped in their tracks for a few seconds. All other creatures are indestructible. If hit by a creature, you will tumble off the ledge and land a few levels down. If you fall in the sea, you lose a life. Entering the final door at the top of the tower sets off the destruction sequence. You are awarded bonuses for the time left and for technique and the tower will crumble into the sea.

When a tower has been destroyed you get back in your submarine and travel underwater to the next tower. During this time you can pick up bonuses by catching fish. This is achieved by shooting air bubbles to capture the fish, which can then be collected”. 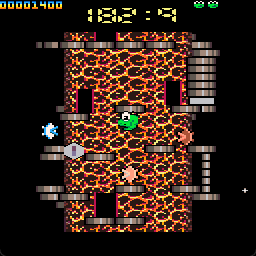 “Nebulus was originally created by John M Phillips (@JohnMPhillips6) in 1987 for the C64. He did the design, graphics, music/sfx and code, as well as going on to make the ZX Spectrum, Amiga and Atari ST versions! The Amstrad CPC version was created by Chris Wood (graphics and code) and Dave Rogers (music/sfx and sound driver). The original cassette inlay art was created by Steve Weston. Nebulus was published by Hewson. This fan-remake for the PICO-8 fantasy console borrows heavily from the above creator’s work. Please support the current copyright holders by checking out the originals on Antstream Arcade (see the story behind Nebulus), or on THEC64″.