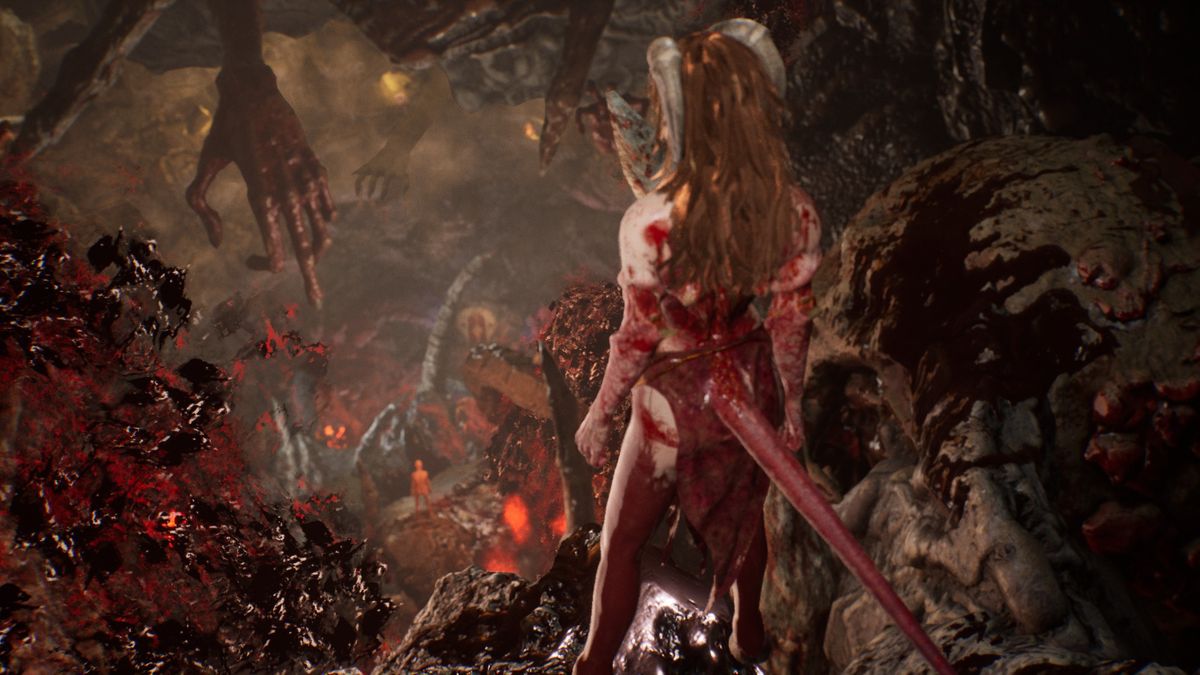 Here are some of the things I did in the hour I spent playing the demo for Succubus.

Succubus is a spin-off of Agony, the horror game set in Hell released by Madmind Studio in 2018. Unlike Agony, which was mostly about avoiding combat, this is a full-on action game complete with a wheel of weapons and power, a rage meter, and a kick like the one in Dark Messiah only not as good. You play Vydija, a “demonic priestess of lust” out for revenge on the demons who wronged you.

Some of the time between kicking people into spikes is spent climbing. It’s like a quicktime event without the time limit, telling you when to press W and when to press D, but sometimes there’s no input presented and you have to mouse around to find a more distant handhold, then left-click to leap to it. It’s not much fun. There’s no way to fail, and no fall damage even if you walk off ledges.

The combat itself is nothing special either, with your blades lacking any sense of impact as they hack up demons and tortured souls. It’s hard to judge the distance on the kick, and the glow attached to your foot doesn’t make up for how weedy the animation looks. You can press spacebar and W to charge forward, then chain into a kick for a slow-motion attack that sends multiple enemies flying. That bit’s all right.

Everything about Succubus is of course an explosion at the edgelord factory, from the terrible dialogue delivered by chainsmokers, to the way it labels a pregnant woman a “first aid kit” then makes you rip out her fetus for hit points, to the… look, just imagine me gesturing at everything else.

The demo is available on Steam, and the full game doesn’t have a release date yet.