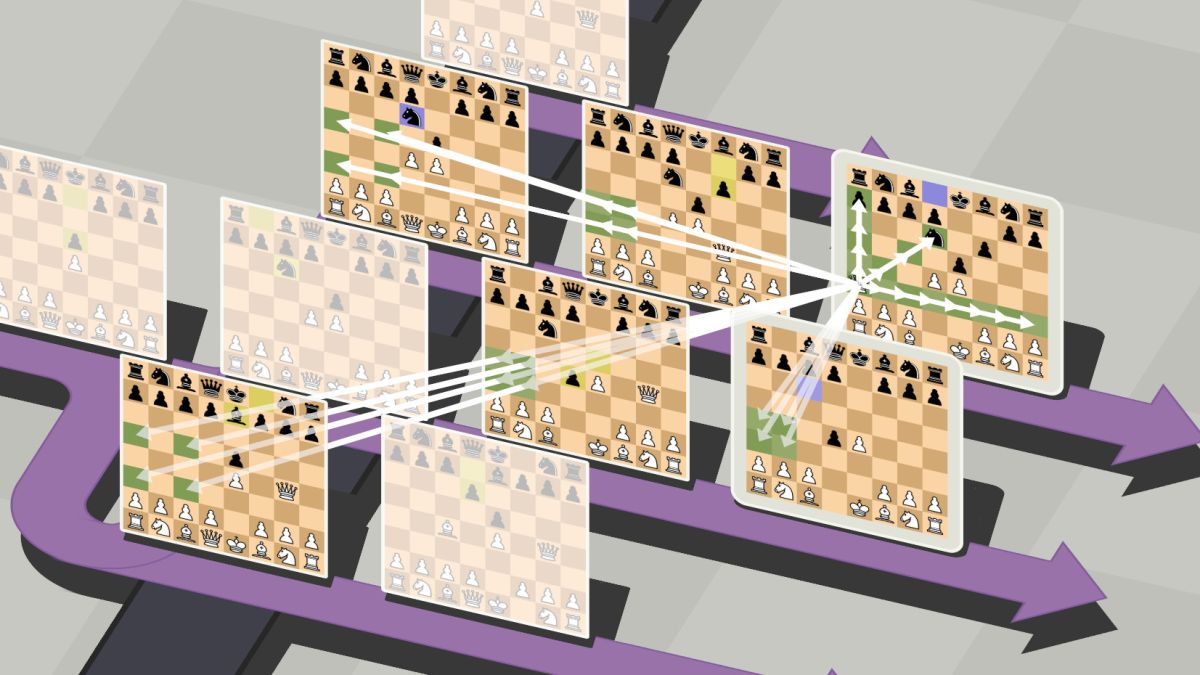 Chess is a game so complex that even with all our computing power it remains unsolved, which means that the perfect strategy has yet to be determined. And that’s just boring old regular chess. It gets considerably more complicated when you and your opponent can use time travel to send your chess pieces into the past and create different parallel universes. Now thinking ahead isn’t enough—you have to start thinking a few dozen moves behind and a whole bunch of moves sideways.

I’ve played one game of 5D Chess With Multiverse Time Travel, but that means I’ve really played several games of 5D Chess With Multiverse Time Travel, because of the new timelines that spring up when you send chess pieces into the past and thus create new timelines in a parallel universe, you’re constantly playing a number of slightly different games of chess at once.

Unsurprisingly, I lost, and I eventually could see why: I was checkmated by my opponent, not in any of the present realities but in one version of the past, which then became the new present, when they sent a bishop back to trap one of my kings. (I had two kings on that particular chessboard in that particular universe, having sent one back from the future and into the other king’s reality in what I thought might be a clever move at the time. It was not.)

How does it all work? I’m afraid the current version of me hasn’t figured it all out yet, but the brief trailer below will give you a small taste.

Did that help? That may not have helped. Here, try reading this Steam review from TheSpookiestUser:

“I was playing a game against a human opponent online, and at one point they sent a queen back in time from one of the ten timelines currently in play to put five of my past kings into check at once. I sent one of my own pieces even further back to stall, and they proceeded to send one of their queens back to the start of the game to try and beat me before I even got to that point. I was able to maneuver one of my bishops in the second-most divergent timeline into position to capture the queen in the alternate present once we got back to that point and save the game (I eventually won by checkmating their king 5 turns in the past).”

If you didn’t find that helpful, either try waiting a few minutes to let it sink in, or better yet, travel a few minutes into the past to read it and maybe it’ll be helpful to your alternate self when it catches back up to its version of now. There are also, blessedly, some guides to help you get started.