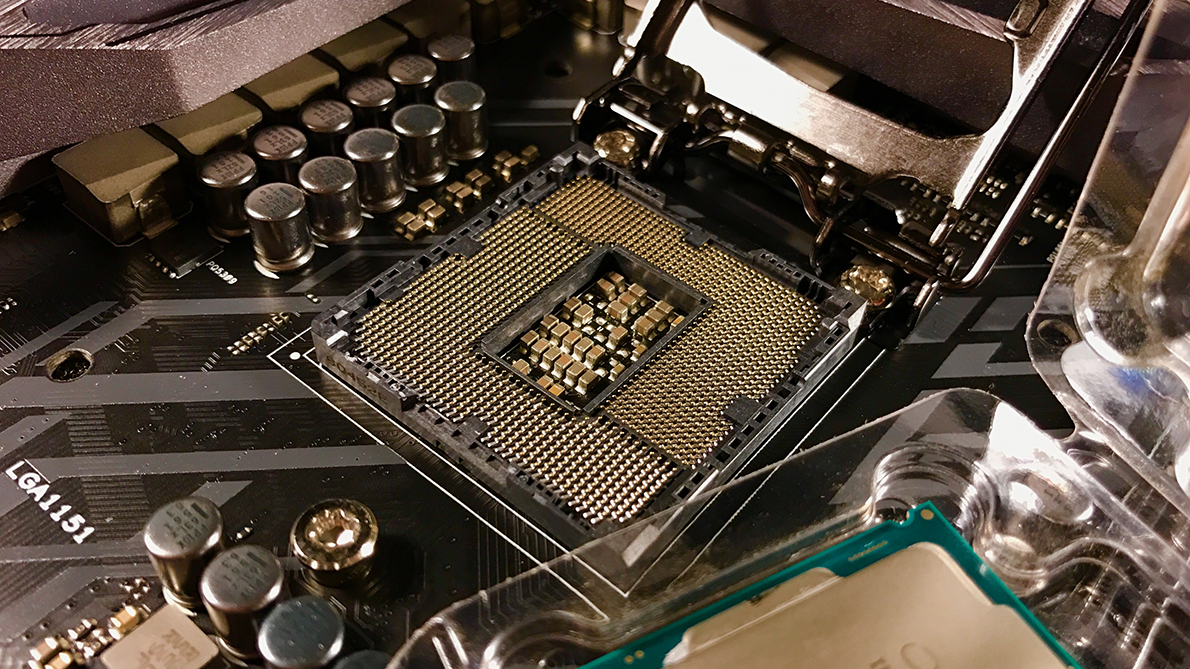 There’s a chance, just a chance, that Intel is going to unlock overclocking on its budget B460 motherboards with the release of its new Comet Lake processors. That would seem… odd, but if true then you can thank AMD for pushing Intel to bring more of its ring-fenced high-end features down into the mainstream. Though I’m honestly not convinced it’s actually going to come to pass.

I don’t know whether it’s the fact that many more people across the globe are having to spend their time stuck at home, but there seem to be far more spurious rumours spinning around than usual.

With this latest rumour there is at least some kind of ‘evidence’ in the form of some leaked Maxsun motherboard images posted by Videocardz. Now, the potential overclocking support of this B460 iCraft Gaming Endless (?!) board wasn’t posited by Videocardz, but by our buddies over at Tom’s Hardware.

Tom’s piece points to the image of the board’s rear panel where three discrete buttons, labelled ‘L’, ‘C’, and <<lightning bolt pic>>, are accompanied by some details about its so-called ‘Racing Engine’.

A little light machine translation later and we get:

And, like Tom’s says, that sounds an awful lot like some kind of CPU overclocking to us. But there has been precisely zero indication that Intel is going to open up the lower echelons of its 400-series motherboard chipsets for overclocking from any previous leaks or rumours. Given that the Comet Lake motherboards have been ready for a long while now it would be strange for something so potentially big not to leak out.

Intel has seemingly taken the shackles off its lower order processors by ditching the artificial limits on HyperThreading, opening up the extra threading potential to all the CPUs in the Comet Lake lineup. That’s going to make the quad-core, eight-thread 10th Gen Core i3 processors impressive budget gaming chips, mostly because they’ll essentially be what a $350 Core i7 was just a few years ago.

That’s the impact of AMD pushing the core game at the top-end, and the red team has had to respond in kind by unveiling its own new budget gaming processors, the Zen 2 Ryzen 3 3100 and Ryzen 3 3300X CPUs. For just $99 and $120 the new AMD chips will be similarly specced, with four cores and eight threads, and we’ll have a real budget gaming showdown when Intel and AMD go head-to-head with this fresh silicon.

But while AMD has historically left all of its Ryzen processors open to overclocking—whether you could actually get any extra performance out of them or not—Intel has long restricted that feature to its K-series CPUs. And, whatever pressure Intel is under in the current consumer processor market, that doesn’t look like it’s going to change with Comet Lake.

And that all surely makes it entirely unlikely for a third-tier chipset, such as the B460, to facilitate the overclocking of expensive K-series silicon. It just doesn’t make sense as a pairing.

So what is Maxsun’s Racing Engine feature? Who knows, but Comet Lake and the 400-series is all set for an unveiling on April 30… and that’s just a few days away now.