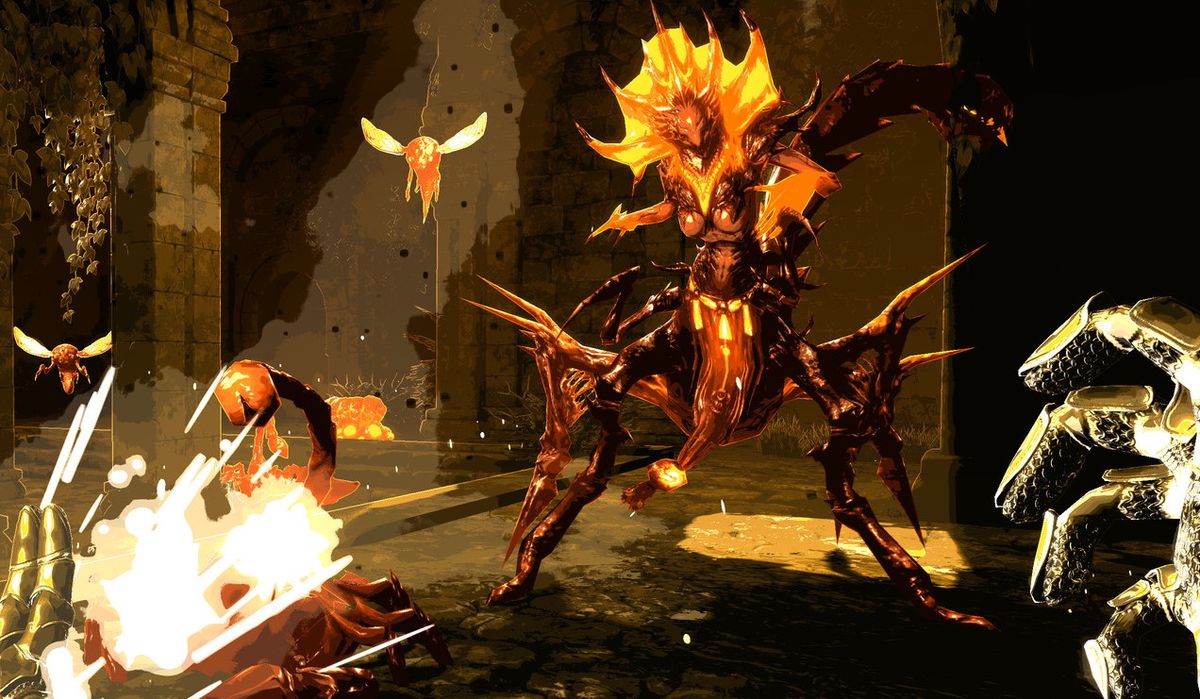 Earlier this year, Doom creative director Hugo Martin dropped a couple of musical metaphors to describe the then-upcoming Doom Eternal. “Doom is definitely rock music, Doom 2016. [Doom Eternal] is speed metal,” he said at the time. “When you play the game you can feel it. You’re thinking way faster, you’re making split decisions. We want it to become rhythmic. You achieve a flow state of mayhem and violence.”

Bullets Per Minute, from Awe Interactive, appears set to make that analogy a lot more literal. It’s a “rhythm-action FPS roguelike” in which you move, jump, and shoot your way through randomly-generated dungeons, all to the beat of an epic rock soundtrack. You’ll play as one of five different Valkyries, each with unique strengths and weaknesses, wielding a range of weapons with different beat-based firing and reloading characteristics and more than 40 items “that buff your character in unique and interesting ways.”

Going by the Steam listing, the focus is solely on action: The only goal is to blast your way through seven dungeons and kill the boss at the end of each, so you can take on the final boss, Nidhogg. (Not the game, I’m assuming, but the Norse serpent who chews at the root of Yggrasil.)

I’ll be honest, I’m having a little trouble wrapping my head around how Bullets Per Minute will actually play, particularly how the rhythm system will work when bullets and monsters are flying everywhere. What are the consequences for missing a beat—reduced damage or misfires, maybe? Or maybe it works the other way, and keeping the beat confers bonuses that simplify the slaughter? It’s really not clear, and to my eye the trailer makes it look like fairly straight shoot-and-move action, with some quality tunes in the background.

Whatever the situation, I probably won’t be very good at it, but I’m really looking forward to trying it out. Bullets Per Minute is currently expected to be out in August, and until then there’s a website that promises to reveal more “shortly” at bulletsperminute.com.