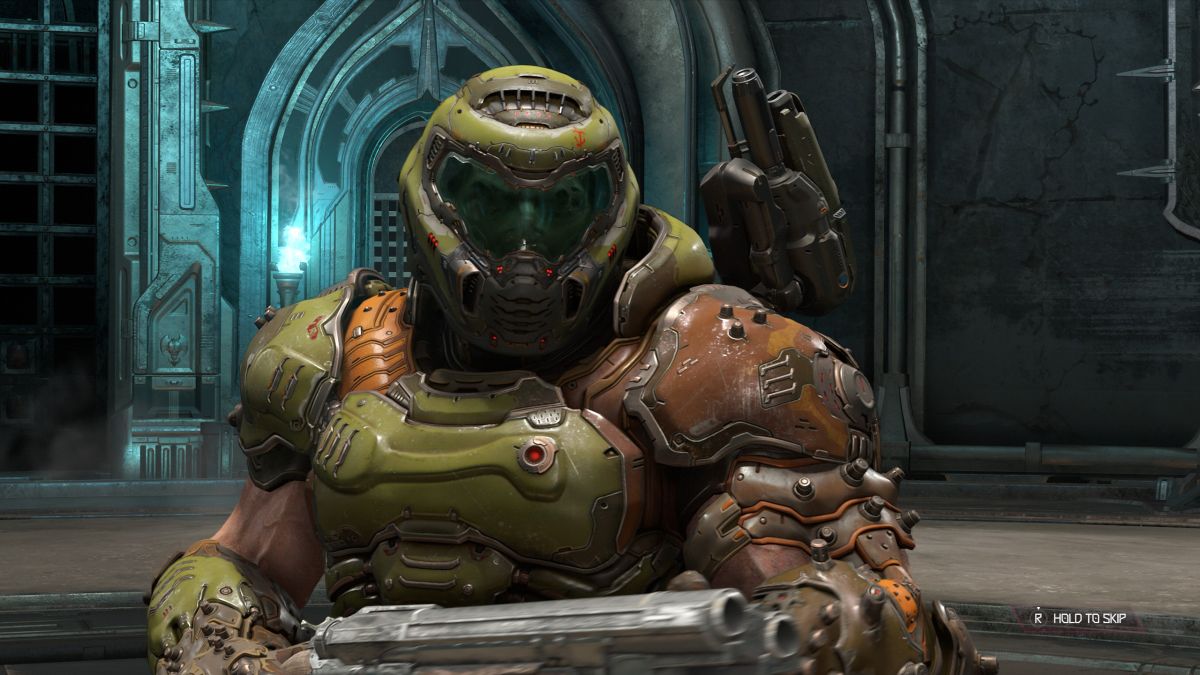 Something was a little off about the Doom Eternal soundtrack that released in April: As audio expert thatACDCguy explained on Twitter, the OST mix of some songs is heavily compressed. “The music itself is phenomenal, but this mix on the official soundtrack is frankly terrible,” they wrote. Composer Mick Gordon responded to say that he didn’t mix the majority of the tracks on the OST, and later implied that some kind of beef with id Software was going on, telling a fan that he doubted he’d work with the studio again in the future.

It all seemed very odd. Gordon is a prolific videogame composer who has a long and fruitful working history with Bethesda on the Doom, Wolfenstein, and Prey games, and his Doom soundtrack from 2016 earned him multiple awards and nominations. Gordon himself hasn’t commented on the matter further, but Doom Eternal executive producer Marty Stratton posted a lengthy “open letter” to Reddit today to explain his side of the story and defend Doom Eternal’s lead audio designer.

Stratton praised Gordon as a composer in the statement, saying that his “unique style and sound have become synonymous with our latest projects,” and that he’s “deserved every award he’s won.” But he also said that the studio has had a difficult working relationship with him: “We have struggled to connect on some of the more production-related realities of development, while communication around those issues have eroded trust. For id, this has created an unsustainable pattern of project uncertainty and risk.”

Gordon was contracted to create the Doom Eternal OST in January, according to Stratton, with delivery set for early March so that it could be included with the Doom Eternal collector’s edition at launch. In late February, however, Gordon contacted id Software to say that he wouldn’t be able to make the deadline. He asked for, and was granted, an extension to mid-April, which would also enable him to expand the OST to over two hours in length.

According to Stratton, id Software also pushed back the deadline for “a bonus payment for on-time delivery” even though the original deadline had been missed.

“It’s important to note at this point that not only were we disappointed to not deliver the OST with the launch of the CE,” he wrote, “we needed to be mindful of consumer protection laws in many countries that allow customers to demand a full refund for a product if a product is not delivered on or about its announced availability date.”

The official game soundtrack for DOOM Eternal is not yet complete, so it won’t be available on the game’s launch of 03.20.20. We’ll let everyone, including those who purchased the CE, know when it’s ready. For more details, please read our full statement: https://t.co/LY9bEFUUnMMarch 11, 2020

But even with the delay, things weren’t coming together.

“As we hit April, we grew increasingly concerned about Mick delivering the OST to us on time. I personally asked our Lead Audio Designer at id, Chad [Mossholder], to begin work on id versions of the tracks—a back-up plan should Mick not be able to deliver on time,” Stratton wrote. “To complete this, Chad would need to take all of the music as Mick had delivered for the game, edit the pieces together into tracks, and arrange those tracks into a comprehensive OST.”

This is why the Doom Eternal OST mix is so heavily compressed: Not because Mossholder screwed it up, but because it’s built out of music clips that were specifically mixed for the game. Soundtracks are normally mixed from the source material separately to ensure highs and lows aren’t clipped, but that wasn’t possible in this case because id doesn’t have access to the original recordings.

Stratton said he contacted Gordon in early April to let him know about the “back-up plan,” after which Gordon suggested that he and Mossholder combine what they’d been working on “to come up with a more comprehensive release.” At that stage, Gordon had promised a minimum of 12 tracks for the OST but was only able to deliver nine, and according to Stratton they didn’t meet expectations: “There was only one track with the type of heavy-combat music people would expect, and most of the others were ambient in nature,” he wrote. Gordon then suggested that tracks mixed by Mossholder could be used to “flesh it out further” if required.

“After considering his recommendations, I let Mick know that we would move forward with the combined effort, to provide a more comprehensive collection of the music from the game. I let Mick know that Chad had ordered his edited tracks as a chronology of the game music and that to create the combined work, Chad would insert Mick‘s delivered tracks into the OST chronology where appropriate and then delete his own tracks containing similar thematic material,” Stratton wrote.

“I said that if his additional combat tracks come in soon, we’d do the same to include them in the OST or offer them later as bonus tracks. Mick delivered 2 final tracks, which we incorporated, and he wished us luck wrapping it up. I thanked him and let him know that we’d be happy to deliver his final track as a bonus later on and reminded him of our plans for distribution of the OST first to CE owners, then later on other distribution platforms.”

I didn’t mix those and wouldn’t have done that. You’ll be able to spot the small handful of tracks I mixed (Meathook, Command and Control, etc…)April 19, 2020

That was apparently the end of it until after the soundtrack was released and Gordon commented publicly about the part he played (and didn’t play) in its creation. Stratton said that in followup conversations, Gordon expressed unhappiness with some of the content and edits in the soundtrack, and that Mossholder had been credited as a co-composer on the soundtrack, although he denied that was the case at all.

“In the metadata, Mick is listed as the sole composer and sole album artist. On tracks edited by id, Chad is listed as a contributing artist,” he wrote. “That was the best option to clearly delineate for fans which tracks Mick delivered and which tracks id’s Lead Audio Designer had edited. It would have been misleading for us to attribute tracks solely to Mick that someone else had edited.”

In fact, it was the “direct and personal attacks” on Mossholder over the game-based soundtrack mix that largely prompted Stratton to issue his statement: “Mick has shared with me that the attacks on Chad are distressing, but he’s done nothing to change the conversation,” he wrote.

Stratton said that Gordon’s “doubt” about working with id Software again in the future came as a surprise because it hadn’t come up previously, and added that it characterized the “complicated relationship” between the two. He also made it clear that Bethesda is prepared to move on—beginning with upcoming Doom Eternal DLC, which Gordon won’t be working on.

“As for the immediate future, we are at the point of moving on and won’t be working with Mick on the DLC we currently have in production. As I’ve mentioned, his music is incredible, he is a rare talent, and I hope he wins many awards for his contribution to DOOM Eternal at the end of the year,” he wrote.

“I’m as disappointed as anyone that we’re at this point, but as we have many times before, we will adapt to changing circumstances and pursue the most unique and talented artists in the industry with whom to collaborate. Our team has enjoyed this creative collaboration a great deal and we know Mick will continue to delight fans for many years ahead.”

I’ve reached out to Gordon for comment, and will update if I receive a reply.