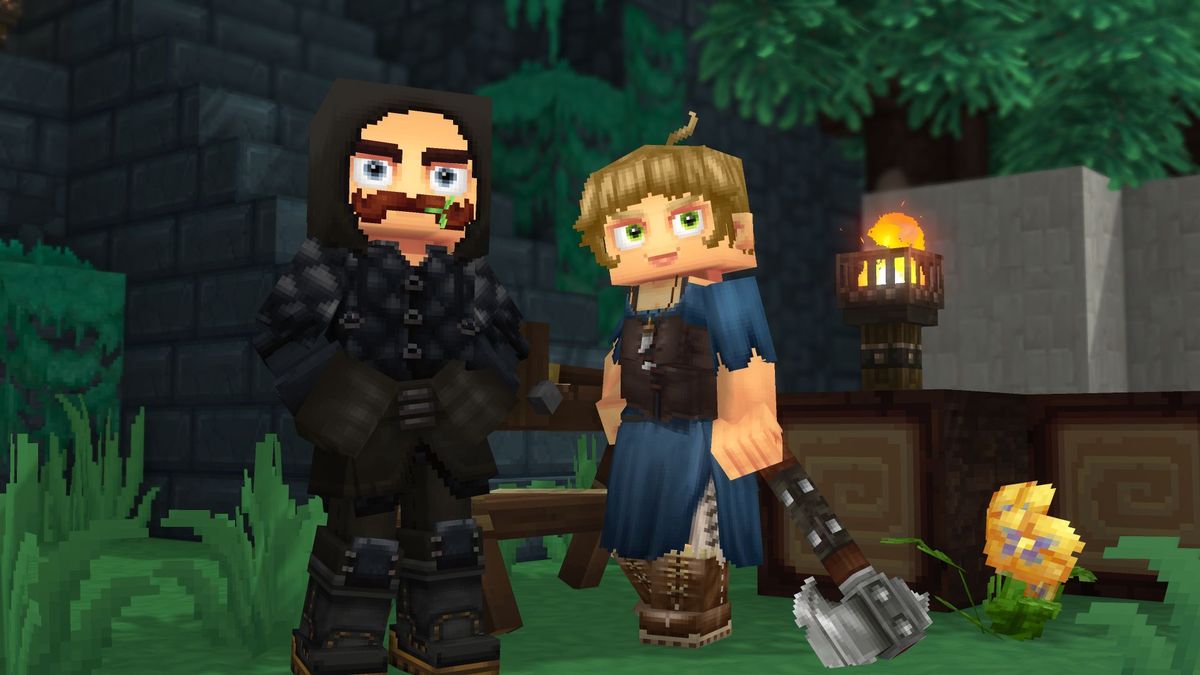 Hytale, the sandbox crafting game currently in development by the creators of one of the most popular Minecraft multiplayer servers, is chugging along toward its planned 2021 release. Regular progress updates continue being posted, the latest of which details its in-depth character customization, and throwable objects.

Hytale seems like it will have a strong focus on cosmetics, with plenty of room for modders to create their own. When developers Hypixel discuss applying color gradients to assets, they make sure to mention that players will be able to do the same in the Hytale Model Maker and “You’ll also be able to implement custom gradient maps, introducing new color schemes and materials to Hytale’s palette and further expanding the range of options available for existing items.”

Something of interest to me, and anyone else who remembers the first time they punched away the trunk of a tree in Minecraft then watched the rest of it stay suspended in the air, is Hytale’s physics. A series of videos in the linked blog post demonstrate the ways thrown objects will interact, from rocks bouncing off trees to spears embedding in targets. And, yes, you’ll be able to pick up cow poop and throw it at someone.

Here’s our interview with Hypixel about their plans for this blocky RPG and world of minigames.