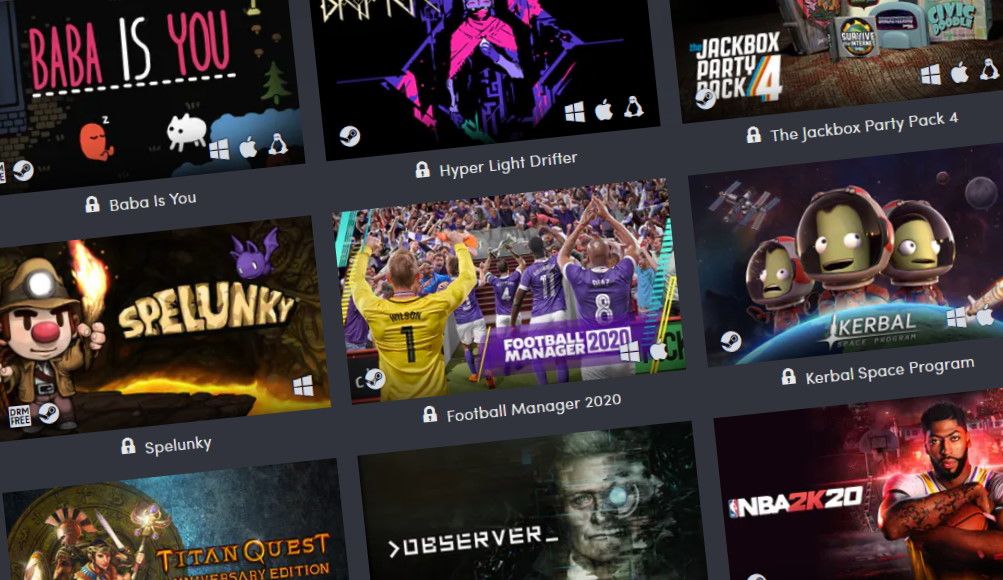 Itch.io’s Bundle for Racial Justice and Equality wrapped up earlier today with nearly $8.2 million raised for the NAACP Legal Defense and Educational Fund and the Community Bail Fund. Now the folks at Humble Bundle have stepped up to do their part with the Fight for Racial Justice Bundle, an all-for-charity package of games and DRM-free digital books.

While the Itch.io bundle was remarkable for its sheer size, with more than 1700 projects in all, the Fight for Racial Justice Bundle is curated (although still very big) and includes Steam keys. Here’s the full list:

Also books! I told you there would be books.

Unlike most Humble Bundles, this one isn’t tiered, and features a minimum purchase price of $30, although you can go higher if you like. All funds raised will go to the NAACP Legal Defense and Educational Fund, Race Forward, and The Bail Project, through the Paypal Giving Fund.

“In the wake of the killing of George Floyd, Breonna Taylor, Ahmaud Arbery, and tragically many more in the Black community, we’ve teamed up with developers, publishers, and creators to help support organizations fighting for racial equity,” Humble said.

“This special one-week bundle features $1,200 worth of games, books, and comics for just $30. 100 percent of the proceeds from your bundle purchase go to support organizations fighting for racial justice. For example, providing legal representation and assistance, protecting and expanding civil rights, and educating the public on racial injustice and slavery.”

Humble’s Fight for Racial Justice Bundle will be available for one week, until 11 am PT on June 23.