Huawei might be making a graphics card, but it wouldn’t be for gaming (yet) 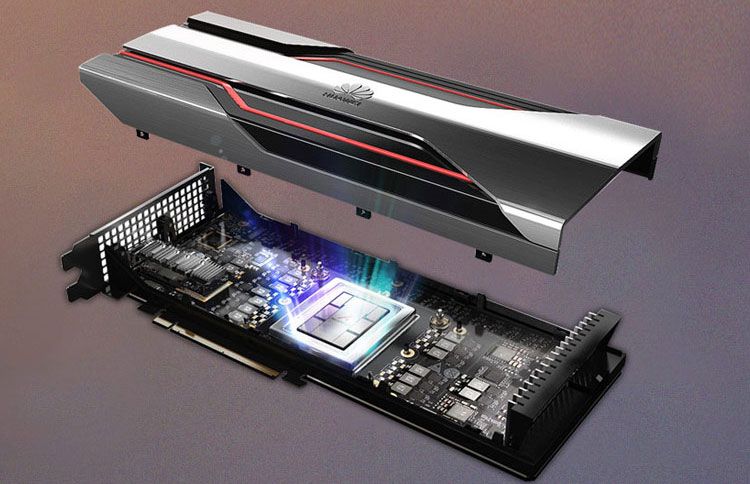 AMD and Nvidia have a stranglehold on the discrete GPU market, and later this year, Intel will join the fray as well. The question is, if three’s a crowd, what would we call it if Huawei got in the business of building graphics cards as well?

It’s not a pointless question—a South Korean news publication (The Elec) claims to have it on good authority that Huawei is going in that direction. As the story goes, Huawei is planning to spin off a Cloud and AI Business Group sometime this year “in a bid to penetrate the GPU server market currently dominated by Nvidia.”

Therein lies the rub for gamers. Whatever Huawei may have planned will not directly impact the consumer GPU market. But it’s still an interesting development.

For one, the lucrative server market is where cutting edge technology typically gets its feet wet, before wading into consumer waters. I’m purely speculating here, but if Huawei made a big splash in server graphics, it could conceivably transition to the consumer end of the pool at a later date.

There would be significant hurdles, though, not the least of which is the contentious relationship between Huawei and the US government over Chinese spying concerns. Back in May of last year, Huawei was added to the US Department of Commerce’s Bureau of Industry and Security Entity List, which essentially banned US companies from doing business with Huawei.

The situation is a bit more complicated than that (and ongoing), but if Huawei ever decided to release a consumer GPU, it might have trouble selling it in the US. As for Huawei’s ability to develop a competitive graphics product in general, we can only wait and see. However, as our friends at Tom’s Hardware point out, it is worth noting that Huawei launched its Ascend 910 AI chip last year, with claims of delivering up to 256 TFLOPS of half-precision (FP16) performance. That’s twice as fast as Nvidia’s Tesla V100.

The Ascend 910 AI chip is also notable for being built on TSMC’s 7nm+ manufacturing process. It’s the same chip found in the company’s Atlast 300 PCIe 4.0 accelerator card (pictured top), and underscores the Huawei’s ability to build products based on bleeding edge hardware and technologies. Huawei already makes laptops, so it’s not crazy to think that one day it might try to put its own graphics chip in them, too.