How A Total War Saga: Troy blends myth and reality 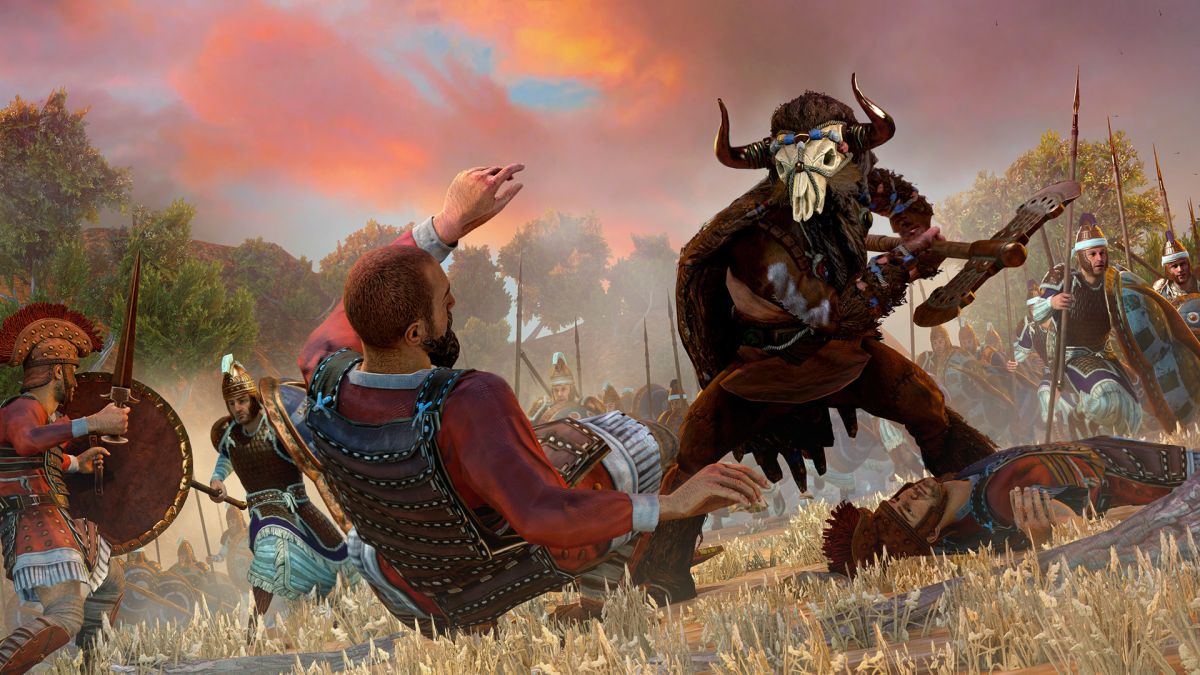 A Total War Saga: Troy is a bit of a detour for the historical strategy series. It’s the first full game from Creative Assembly Sofia, and the furthest back in time Total War has ever gone. Indeed, it’s so far back that it’s mythological, but this isn’t a fantasy romp. A new blog post from the team digs into how they’ve adapted the legend of Troy, grounding it in a way that feels historical.

The siege of Troy is probably one of the most famous scraps of all time, but pretty much everything we know about it comes from one source: Homer’s epic poem, The Iliad. The Bronze Age in general has a similar problem.

“It all exists in the myths and legends of the ancient Greeks with one significant caveat,” says game director Maya Georgieva, “myths are far removed from reality.”

So Creative Assembly Sofia had to use the myths, but with help from archaeological evidence, geography and the few historical texts closest to the period. There’s also centuries of study to draw from, most notably from Heinrich Schliemann, who excavated Hisarlik, now considered the location of Troy.

“Instead of forfeiting an attempt to expand the series into this exciting age,” says Georgieva, “we decided to draw from that source—very carefully and concisely, by separating the impossible from the still less probable but feasible, until we could filter out a core that could be at the heart of a great new Total War game.”

The approach, then, has been to figure out what believable events could have given rise to these myths. A volcanic eruption could become a battle between gods. An earthquake could become a story about Poseidon, who was also a god of earthquakes and horses, getting revenge on the Trojans.

Sometimes it’s as simple as saying that a mythological monster was just a bloke with a funny costume. That’s why the team’s been able to throw the Minotaur and Cyclops into the mix, as well as giants and centaurs. They’re all human, but they’ve still got some of the traits of their legendary counterparts. The centaurs are masters of mounted combat, the Mintoaur and Cyclops are massive dudes who wear animal skulls, while giants are beefy warriors who can smash down city gates.

In The Iliad, the war is almost entirely down to the machinations of the gods. Removing them entirely would have been significant omission, but luckily the team didn’t need to. Troy’s more realistic approach still leaves plenty of room for the gods, since people did believe in those gods and then acted on that belief. Thanks to religious cults and factions trying to earn the favour of the gods, their influence is still felt in the game.

It’s still a shame that we won’t be cramming soldiers inside a giant wooden horse, though.

If you fancy a bit of a history lesson, give the whole thing a read. And to see more examples of how Creative Assembly Sofia is trying to ground myth, take a gander at my A Total War Saga: Troy preview from last year.