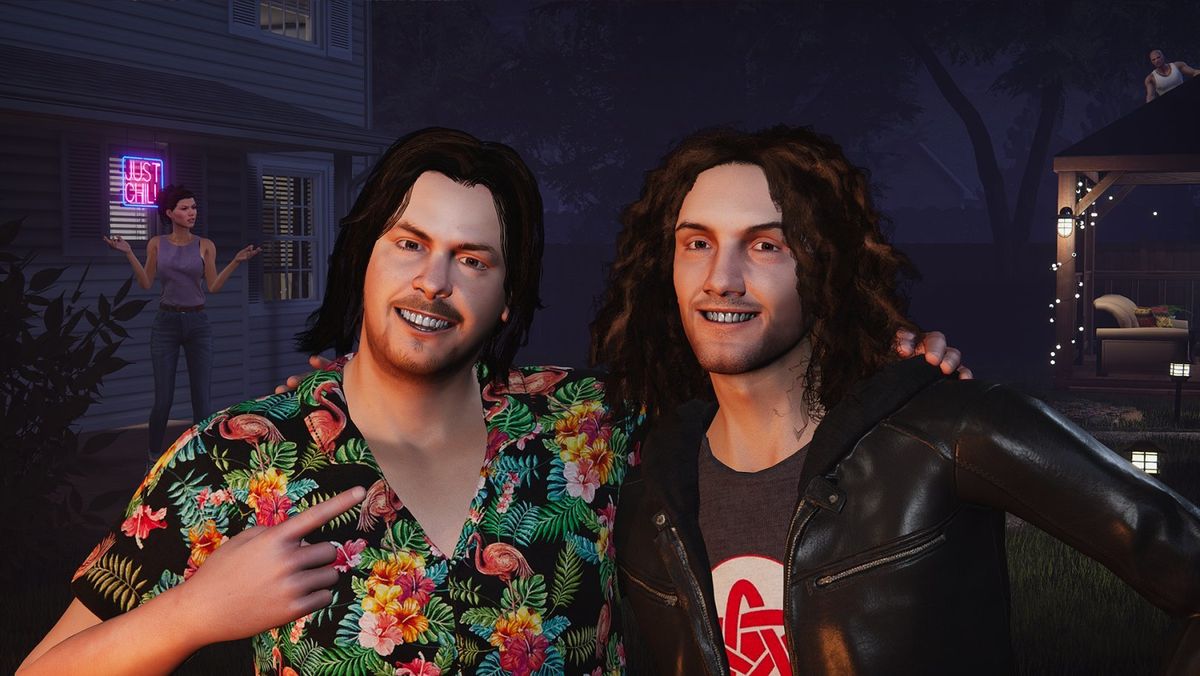 House Party—the sex comedy adventure game that was (temporarily) removed from Steam for being too pornographic and which Rock Paper Shotgun nominated as their Worst Game of 2017—is back with a major new content update.

Despite its troubled history, House Party has gained something of a cult following since it entered early access all those years ago—largely thanks to certain corners of the YouTube gaming community who embraced the confusing, unfinished mess in all its hilarious and/or tasteless glory. One of the channels that helped keep the project in the public eye was Game Grumps—and now the show’s hosts, Arin Hanson and Dan Avidan, have been added to the game as NPCs.

This isn’t an entirely unprompted gesture of thanks: developers Eek! Games launched a contest in October 2018 promising that two winners (one male and one female) would be made into new characters for the game. In a slight bending of the rules, Hanson and Avidan submitted their application as a single character and won the male category (unsurprisingly considering the size of their fan-base). Fellow YouTuber LetyDoesStuff won the female category, and was added to the game in an update in August 2019.

The Game Grumps hosts voice themselves in the new update, which adds over 300 lines of dialogue: mostly referencing in-jokes from the duo’s show, including their not-always-flattering reactions to House Party in its earlier forms. The developers are also quick to establish that neither character will be romanceable (to put it politely); instead, in following their route the player will be tasked with helping them escape from this terrible, terrible party.

Nearly four years post-launch, House Party still technically remains in early access—with several promised features, including the option to play as a female character, still officially on the to-do list—but Eek! Games have said that they anticipate a full release sometime in 2020.