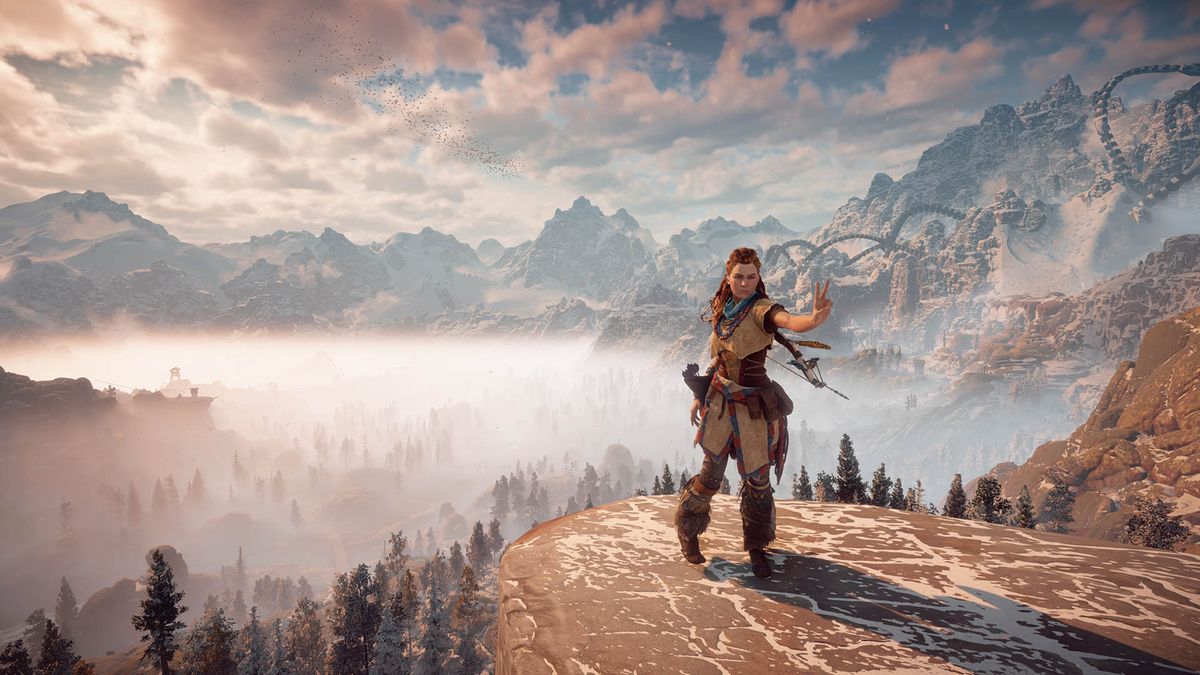 Horizon Zero Dawn is the first game to support AMD’s FidelityFX Single Pass Downsampler (SPD), which accelerates texture mipmap creation for more efficient GPU performance on AMD RDNA 2 and RDNA graphics cards. Now why would Sony want its ex-exclusive to be ready for RDNA 2, do we reckon? Call it a hunch, but I would guess that’s not exclusively being developed for passable PC performance.

Whatever the reason, while SPD might not sound like a blockbuster, must-have function, it does in fact play a role in reducing the impact of post-processing effects, such as screen-space reflection and bloom. Mipmaps are, essentially, multiple smaller versions of a single texture, for use when a high-res texture isn’t required or would cause aliasing due to size or angle.

FidelityFX SPD is able to generate 12 mip levels from a single 4k texture in a single pass, thus expediting the process, which usually requires synchronisation between every new mipmap creation step. Since this no longer required, SPD is able to support asynchronous compute.

More importantly, however, this feature’s inclusion is proof of increasing support for AMD’s own-brand GPU optimisation suite, FidelityFX, in the latest games on day-one—and purpose-built for RDNA.

That’s sure to be a good sign of things to come for AMD and its upcoming desktop graphics cards, as both of the next-gen consoles are also built using its RDNA 2 architecture.

With that in mind, it would appear to me as though a move to adopt RDNA specific features like this could speculatively spell out a PS5 remaster, or at least act as a test-bed for features soon to be introduced on console with RDNA 2 graphics. After all, Sony and AMD have been working closely on the next-gen graphics tech, so it’s sure to be a somewhat symbiotic relationship.

Other features included in Horizon Zero Dawn include:

Horizon Zero Dawn’s PC port was also touted to us as a DX12 Ultimate title, a first for the team from Virtuous responsible for taking this ex-PS4 exclusive and mixing it for PC. However, there’s a notable absence of detail as to what this actually entails for the game—for example it does not offer ray tracing support—and therefore you’re not missing much by opting for an AMD card over a DX12 Ultimate compatible Nvidia RTX 20-series.

AMD has confirmed its RDNA 2 GPUs will fully support DX12 U, however. That means you can expect the next graphics cards, and next-gen consoles, to be ready for ray tracing, mesh shaders, sampler feedback, and variable rate shading.

But there is one thing to watch out for in regards to Horizon Zero Dawn, and that’s launch day instability and inconsistent performance—which has since been confirmed by developers Guerrilla Games.

As such, it’s highly recommended that you upgrade to the day-one drivers for your graphics card, in order to give yourself the best chance at decent performance. That’s Radeon Adrenalin 2020 Edition 20.8.1 or Nvidia GeForce Game Ready 451.67.