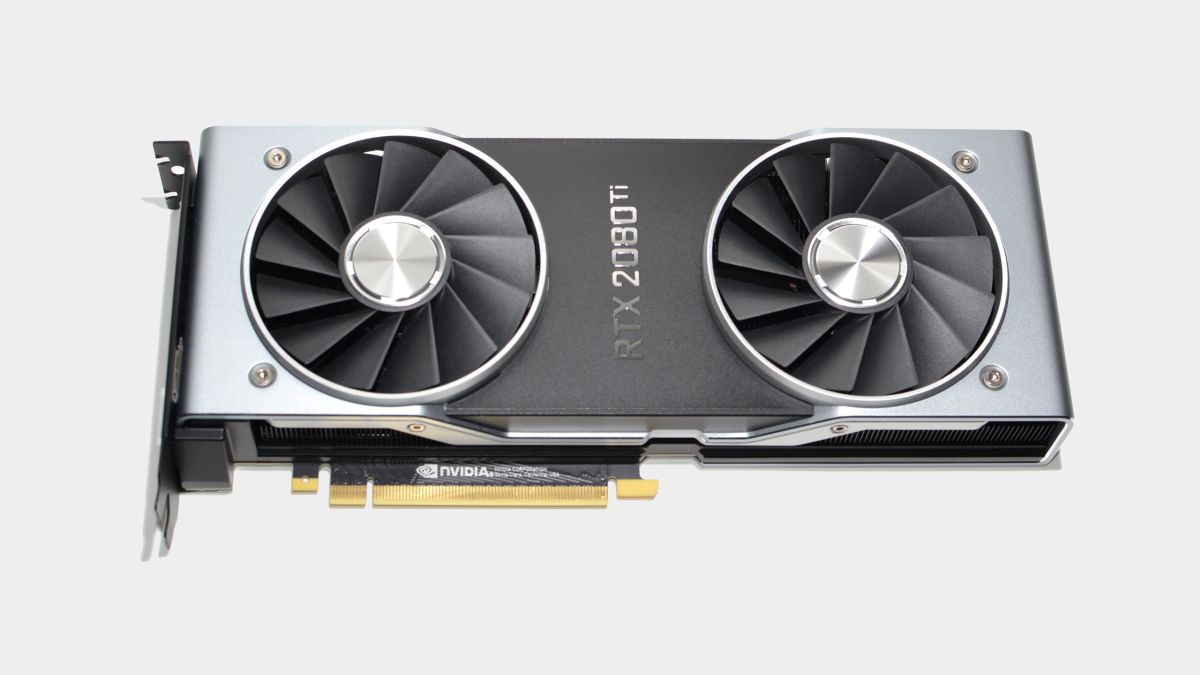 Normally we’re very much of the opinion that if you’re in the market for new hardware you should just ignore the rumour mill and buy what you need today. But, even if there weren’t compelling noises proclaiming the death of enthusiast Nvidia Turing GPUs, we couldn’t in good conscience recommend you buy a new high-end graphics card today.

With the impending, competing releases of both AMD’s Big Navi RDNA 2 and Nvidia Ampere GPUs happening over the next few months, you would be setting yourself up for some seriously painful PC gaming buyer’s remorse picking up anything outside of the budget end of the current graphics card generation.

That’s been compounded by the recent rumours of Nvidia effectively setting the enthusiast-class Turing GPUs as end-of-life. The news was first spread by Chinese site ITHome (via WCCFTech), and has subsequently been spread around the tech world. The story, written by Watermelon/Internship (thank you for that gem, Google Translate), reports that the top four GeForce GPUs have been discontinued, meaning that the current stock of RTX 2070, RTX 2070 Super, RTX 2080 Super, and RTX 2080 Ti cards is all that there is and ever will be.

We’ve reached out to Nvidia for comment, but given the green team habitually refuses to be drawn into the rumour game I don’t expect we’ll hear anything official until it’s ready to talk GeForce Ampere.

It was suggested last week that Nvidia has recommended a price rise on its GPUs, due to low production and the bizarre suggestion that there was some crypto-mining resurgence. But it was also claimed that the lack of RTX 2080 Super and 2080 Ti stock was down to an issue with getting hold of TSMC capacity.

Given the fact TSMC is likely in the process of manufacturing a whole lot of AMD and Apple silicon right now, and potentially some Nvidia chips unless Samsung has all of the upcoming Ampere production, encouraging the No.1 semiconductor company to get a few more Turing chips out the door was always going to be tough.

So if you had felt encouraged to pick up an Nvidia 20-series GPU because it was going to net you a free copy of Death Stranding, then I’d probably enter a little upgrade hiatus.

Prices of current-gen enthusiast graphics cards are only going to rise as stock gets thin towards the launch of the Nvidia Ampere RTX 3000-series cards, and you’re going to feel real foolish spending over the odds if the September 17 Ampere release date is confirmed next month.

Though at the lower-end of the GPU spectrum things aren’t so bad. The mainstream market isn’t as badly affected by future releases given that we don’t expect the more-affordable Ampere RTX 3000-series, or even mid-range AMD RDNA 2 cards, until next year.

Well, unless the MyDrivers reports of crypto mining demand increasing are to be believed, then your GTX 1660 Super and RTX 2060 are reportedly in trouble. And if mining’s coming back that just again confirms we really are living in the darkest timeline.