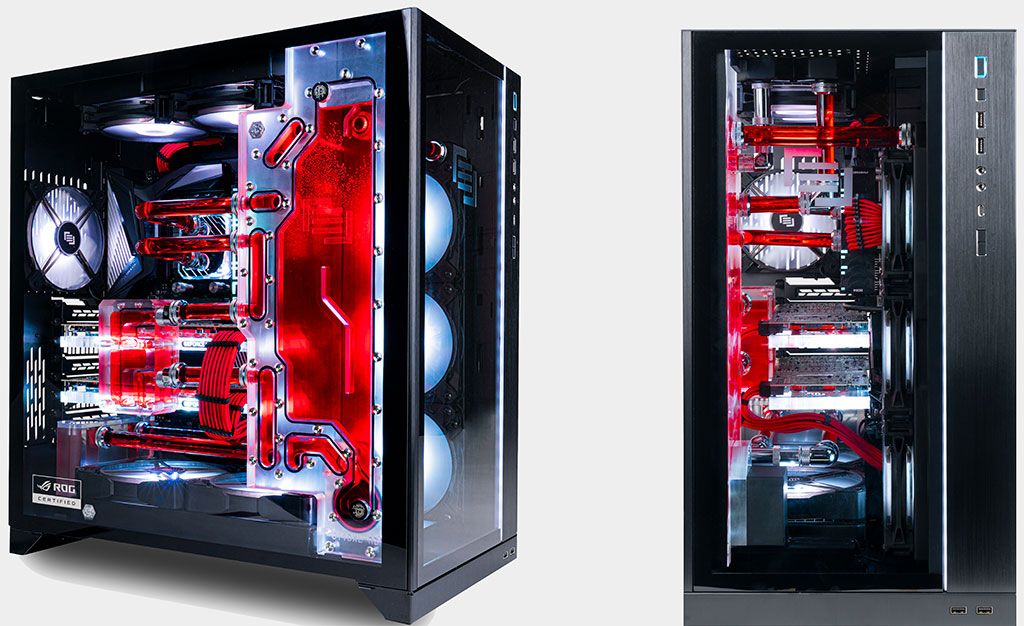 Maingear, a stalwart in the boutique computer business, just refreshed its high-end Rush desktop with new hardware selections, a retooled liquid cooling option, and a closer partnership with Asus and its Republic of Gamers division—these setups are ROG certified, if you care about that sort of thing.

You can now configure a Rush desktop with the latest Intel and AMD hardware, including up to a Core i9 10980XE or Ryzen 9 3900X processor, along with up to 128GB of DDR4-3600 RAM and every high-end GPU you can think of. Regardless of which side you choose, an Asus ROG motherboard underpins the setup.

It’s a respectable configuration for sure, but since it’s free to window shop, I decided to go bonkers with a $10,000 budget and see what I could get. Here’s what I came up with:

I came in under budget at $9,744, though try as I might, my bosses aren’t buying my pitch that I could save them $256 if they let me expense this setup. Drats!

Incidentally, I could have easily blew past my arbitrary ceiling had I opted for a pair of Titan RTX cards instead of the 2080 Ti cards, but that would have been just silly. After all, I already ponied up $200 in pretend money for an RGB fan upgrade, which I’m more offended by than the $2,000 up-charge to hardline liquid cooling in black and gold trim.

I also configured an AMD system with the same budget. Here’s a look:

It’s similar overall, but has twice as much RAM, a smaller HDD, and a different CPU/mobo combo. Pricing on this one came to $9,990.

If you want to window shop yourself and/or actually buy a Rush, you can over to the landing page. Or you could hold out for another inevitable refresh once Intel’s Comet Lake-S desktop CPUs arrive. And not just Maingear—system builders across the board will be outfitting new and existing product lines with Intel’s newest silicon.

You shouldn’t have to wait very long, either. Rumor has it Comet Lake-S CPUs with up to 10 cores and 20 threads will finally come into view next month.