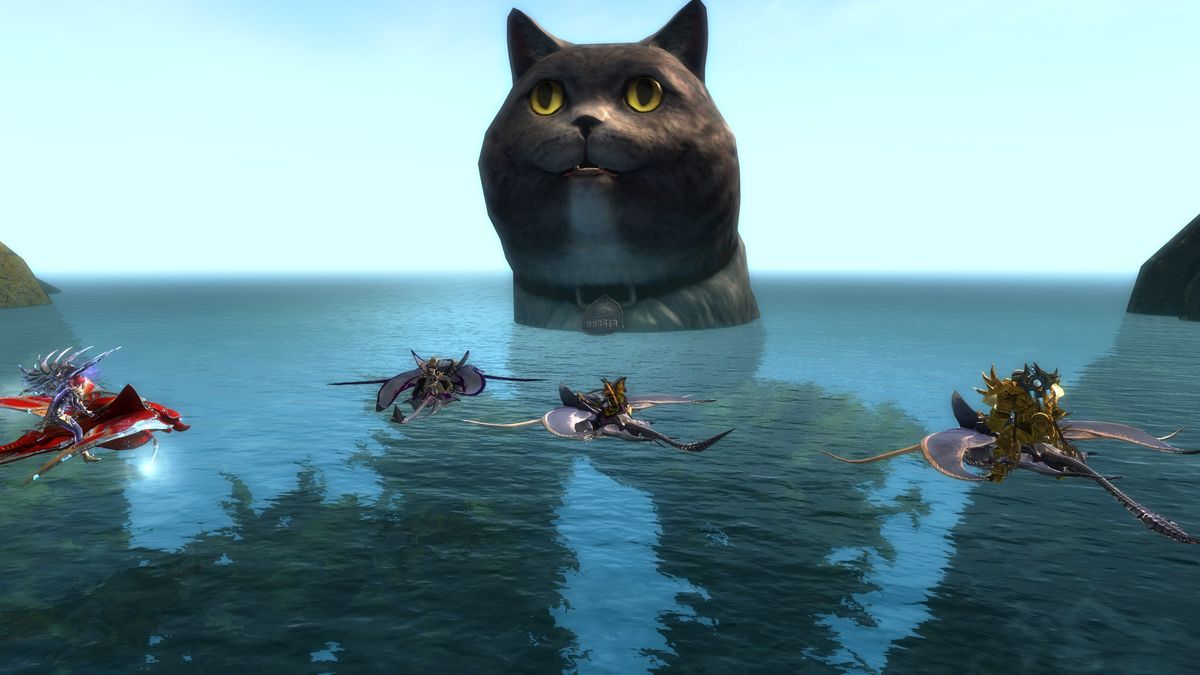 Every year inevitably gets around to April 1, and every year game companies large and small cook up gags to amuse their fans and confuse the poor game journos who have to figure out fact from fiction. And every year, we round up the best of them to ensure no one misses out on high-quality hijinks. The mood is a little more subdued this year than it has been in others, for reasons we don’t need to get into here, but there’s still some fun happening out there, so we’re gathering it all together.

We’ll update this list as more gags roll in—if you see any good ones we’ve missed, let us know in the comments.

It’s not really funny, but it’s a little weird and that’s good enough for me. GTA Online players can also collect and chuck snowballs at each other, a nice break from the usual gunfire and explosions.

Log into the game this week and you’ll get a strange message from the King of All Cats, with a strange potion attached. Drink it, and little cats will spawn around you. Big cats will also spawn, fortunately further away. Very big cats. Meow.

Pong is now an RPG

Just kidding, this one is actually real. Pong Quest trades on nostalgia for the old Atari 2600, with different dungeons and modes based on old games like Centipede and Breakout, and 50 types of balls granting different abilities. Here’s the trailer.

If you ever wonder why game journalists sometimes get irritable about April Fool’s, here you go: FDG Entertainment dropped a straight announcement for DuckTales QuackShots, complete with assets, and then 12 hours later hit us with an “I was only kidding!” The net effect could be positive if the response convinces Disney to move ahead with the project, but even so, if you’re going to go an April Fool’s gag, ideally you should make sure it has, you know, a gag. And now we’re sad this doesn’t exist, too.

It’s been seven years since the last Crysis game, and I’m not happy about that. So I felt a real flash of excitement when Crytek updated crysis.com with a flashy new image of Nomad (or maybe it was Psycho, or Prophet—it’s hard to tell with the mask on). Sadly, the HTML source code contains the following meta keywords: Crysis, FPS, Crytek, Vidoe game, April Fool, launch. Ah well.

War Thunder is a free-to-play vehicular combat game: Tanks, armored cars, planes, that sort of thing. Space Thunder is War Thunder—in space! And if you, like me, see that trailer and think, damn, I wish this was a real game, you’ll be happy to know that it is, until April 6.

From the makers of Superhot, the fighting game where time only moves when you do, comes Picohot, a playable Pico-8-based demake. To start it up, press your Z and X keys simultaneously, arrow down to “chirp.exe,” press enter to load that, then scroll down through the faux message base until you see the “download” button. Once that’s done you can select “picohot.exe” from the main menu to start the game, or jump directly to any levels you’ve completed.

Bugs are a fact of videogame life, so Landfall has embraced the inevitable with DLC that adds 11 new bugs to the game. Not only that, but if you want it, you have to pay for it. It’s for a good cause, though—all proceeds earned by Landfall (a minimum of $2.50 per DLC sold) will go to Doctors Without Borders—and a free version is coming on April 2.