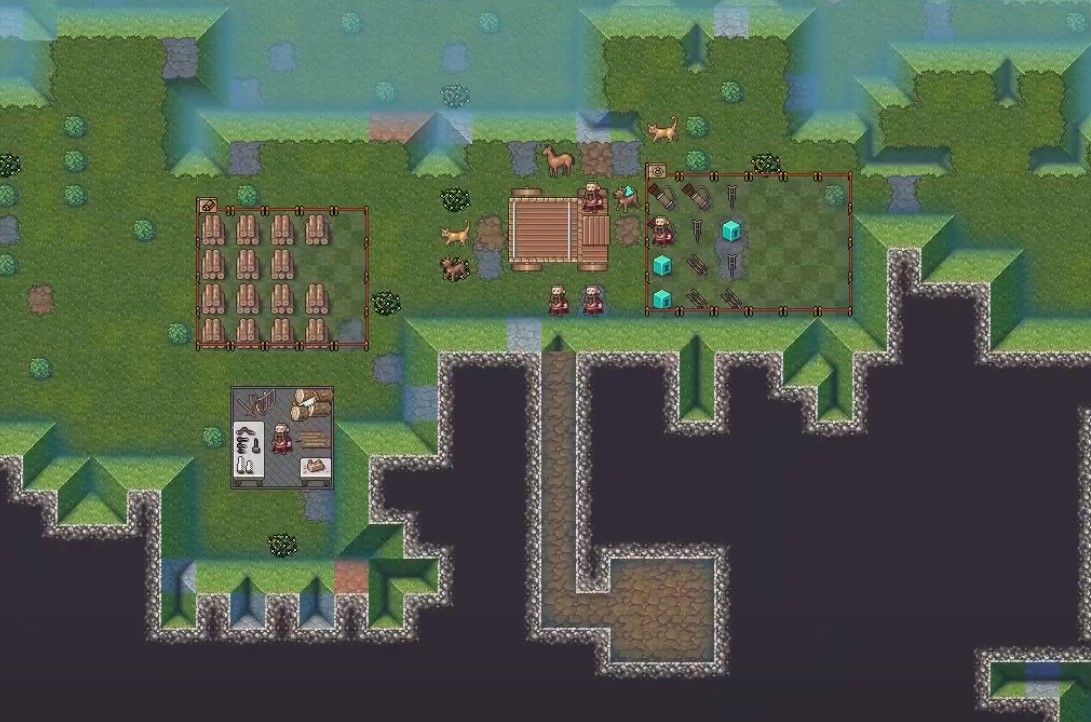 Dwarf Fortress is looking lovely, and I could listen to developer Tarn Adams talk about it for hours (actually, I have). The video above is a more compact five minutes, but it also gives us our first live look at the graphical version of Dwarf Fortress coming to Steam and Itch.io. Adams spends the first couple minutes talking over a zoomed-out version of a newly generated world, giving us a good look at a map now drawn with pixel art graphics. It’s cute! I love the little castles and caves, especially.

From that point, we get a short look at the process of setting up a fortress, digging into a hill and scrolling through multiple layers of elevation. Adams mentions showing things like ramps was an early challenge to display graphically, since in the ASCII version of the game, you could simply use an arrow to indicate a ramp.

The dwarves use a generic placeholder sprite for now, but Adams says that in the final release their sprites will reflect some of their physical characteristics, which are described in exhaustive detail in Dwarf Fortress.

“We’re still at the early stages, as you can see with the text graphics still around the edges. This is all very preliminary as we’re working through it, but it should be pretty cool by the time we’re done. We have a lot more to work on, and a lot more news to share as we go as we update the pictures and the usability of the game, so it’ll be easier to get into.”