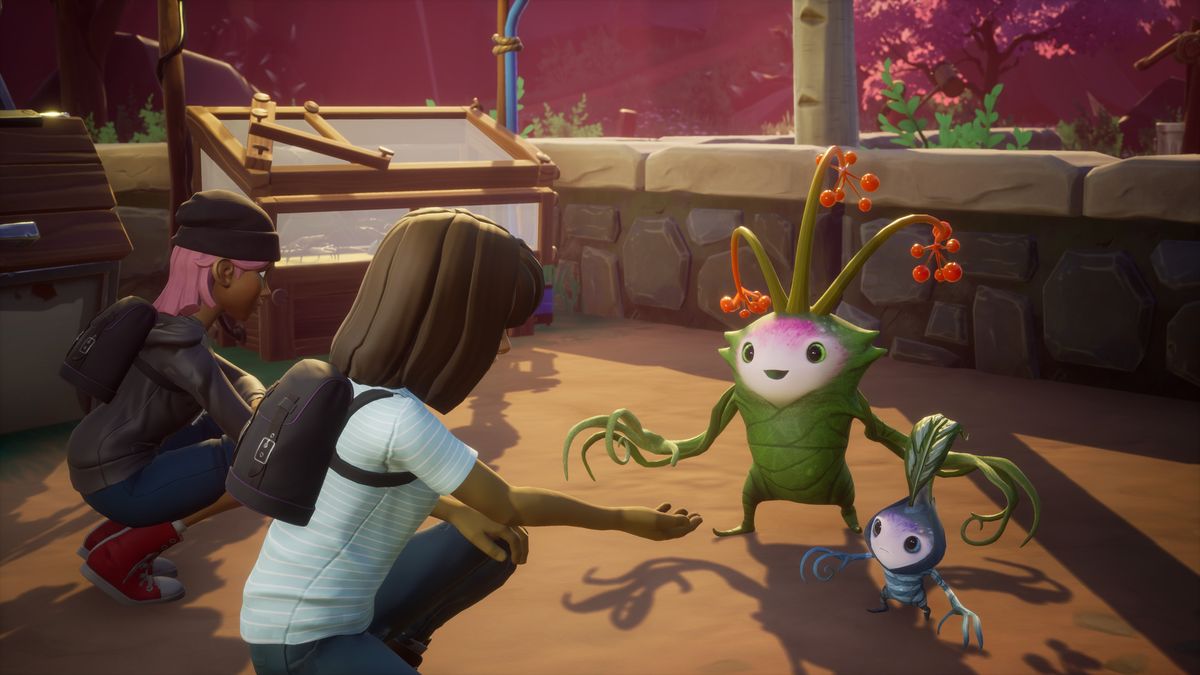 It’s a single-or-multiplayer cooperative game where you help little vegetable people, called Drakes, build up villages to protect themselves from other, cursed vegetable people called the Feral. They are adorable and all right-thinking people will give their lives for the vegetable cuties. The veggie people require all kind of nourishment and entertainment to survive, walls to shelter in, and defenses for when you’re not there. It’s a blend of third person shooter, survival-crafting, and tower defense.

In the new gameplay, creative director Forrest Dowling goes through about seven minutes of a defensive scenario from the game’s campaign mode. After retrieving a special seed from another mission the player character gives it to a goat, who I guess is also a kind of magical arms dealer and/or weaponsmith, which summons up a bunch of evil Feral to fight. The battling is a bit of third-person shooting and a bit of melee as well, with timed dodges to avoid enemy attacks. After dying once, respawning, and defeating the boss there’s a box of loot to get and a reward to collect.

Drake Hollow is due to release on July 17th on Windows 10 and Steam. You can find out more on the game’s website.