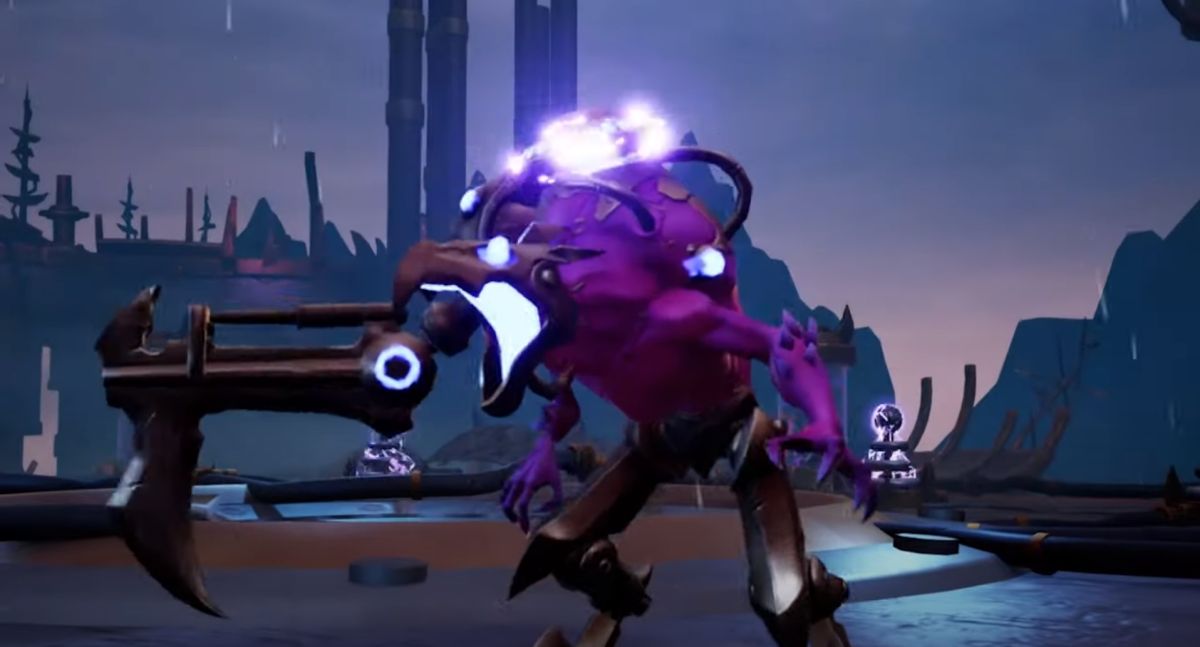 Torchlight 3 may have just recently released into Early Access, but there’s already quite a bit of game to be played. It looks like there will soon be more. Developers Echtra Games have shown off a trailer of Echonok, the final zone to be added to the game. It’s about two minutes long and has a pretty neat diversity of visuals, sweeping across mountain vistas and into underground cities before leaving to icy aeries populated by sinister bird-people. I love a good, sinister bird-person.

Echonok itself is a mountain range that was previously populated by Torchlight’s long-extinct Dwarves. Those dwarves, the trailer reminds us, were the master builders responsible for much of the world’s strange technology. The halls are still populated by their creations, hulking brass automatons that guard their masters’ halls. I like the little ones with blinky eyes and propellers on top. Also dwelling in the mountains are the Vultura, a weird alien species which uses scavenged dwarven technology to enhance their mutated bodies and power what appear to be monster-growing tanks and/or demon summoning machines.

Here’s the official description, and trailer, from the developers: “Feast your eyes on the dangers that await in Echonok, the third and final area in Torchlight 3. Echonok will challenge you to put an end to the Netherim invasion once and for all.”

Echonok will be added to Torchlight 3 on June 30th. Torchlight 3 launched just a few weeks ago. Our Chris Livingston spent some time with it and enjoyed the quirky character classes, but missed some of the features from the first two games. You can find Torchlight 3 on Steam.