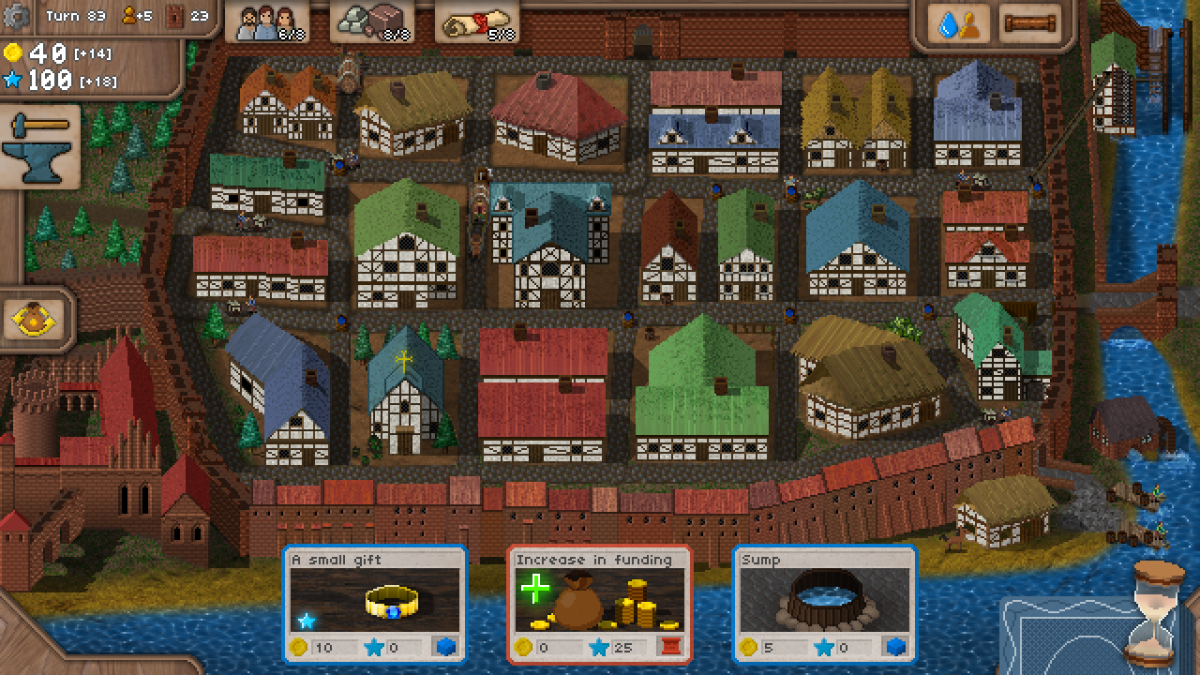 Waterworks! is a free card-based strategy game from veteran indie developer Scriptwelder, which you may know from a variety of old flash games. It’s about providing water to the medieval city of Grudziądz, which I can barely pronounce and which statistically speaking you likely can’t pronounce either. It sounds educational—which it is—but it’s also a superbly designed resource-management strategy game. It’s free on itch.io and I’d recommend it, if any of that sounds good.

In Waterworks!, you use a deck of cards to build up the infrastructure and resources of the burgeoning medieval city. Over the course of several hundred years, that infrastructure has to be reworked and scaled up to enable a large, prosperous city to thrive in a place with little natural fresh water. It’s a really tightly made game, with each card having a purpose and proper use, and with hand management enabling you to efficiently grow the waterworks before the city’s population outgrows supply. By the end of the game, you build some really impressive feats of hydro-engineering that you probably didn’t know were possible some five to six hundred years ago.

Scriptwelder’s most recent paid game release is Don’t Escape: 4 Days to Survive. You can learn more about them at their website.