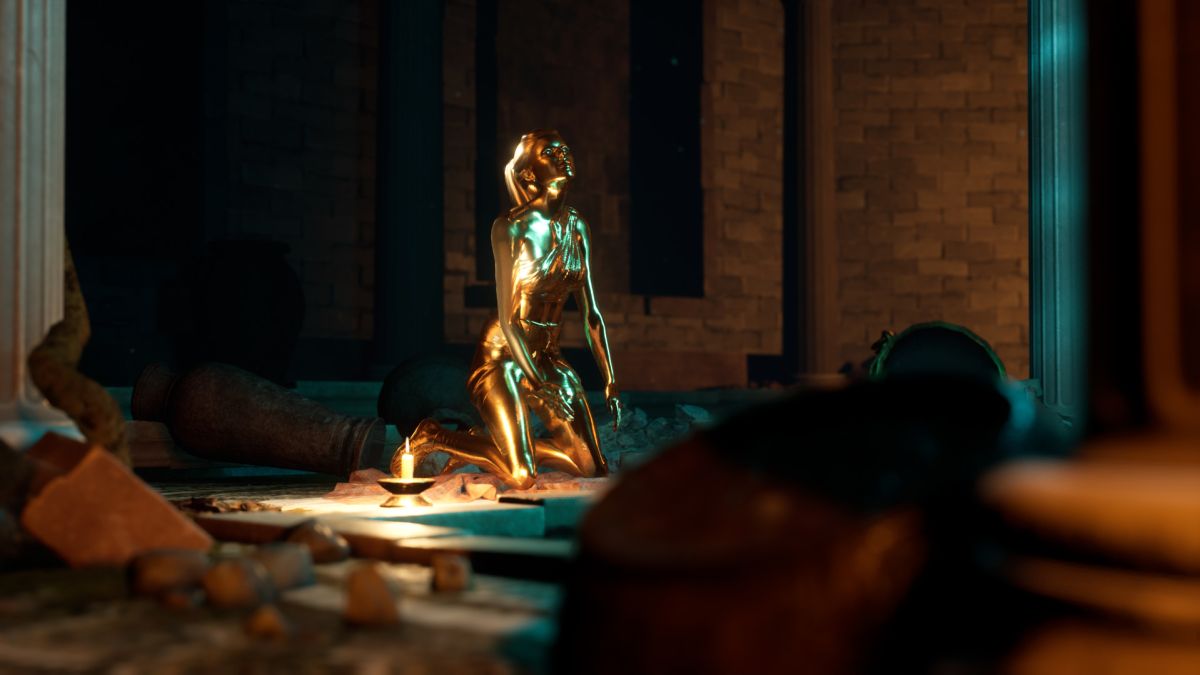 Dear Villagers and Modern Storyteller have released an extended look at their upcoming time-looping game The Forgotten City, and it looks very promising indeed.

Set in an ancient Roman city, players will have to investigate and interact with a cast of 22 people to determine who’s planning to commit a crime. The catch, though, is that if one person commits any sin, a mysterious entity will kill everybody in the city by turning them into solid gold. By using the time loop, you’ll have to piece together what is going on, avoid gold-plated retribution, and hopefully catch the would-be criminal before they have the chance to put everyone else in danger.

In some respects, The Forgotten City looks incredibly janky. The trailer probably isn’t the best showing possible, with a spotty framerate and stiff animations giving it a weirdly Oblivion-y feel, but that doesn’t take away from the writing on display.

The game is an adaptation of a Skyrim mod that became the first mod to ever win an award by the Australian Writers’ Guild for its script, and it really shows. The sense of world-building on display in just this 10 minute excerpt is ridiculous, and I’m already thoroughly invested in the goings on of the city.

The Forgotten City is scheduled for launch sometime this winter on Steam and Xbox One.