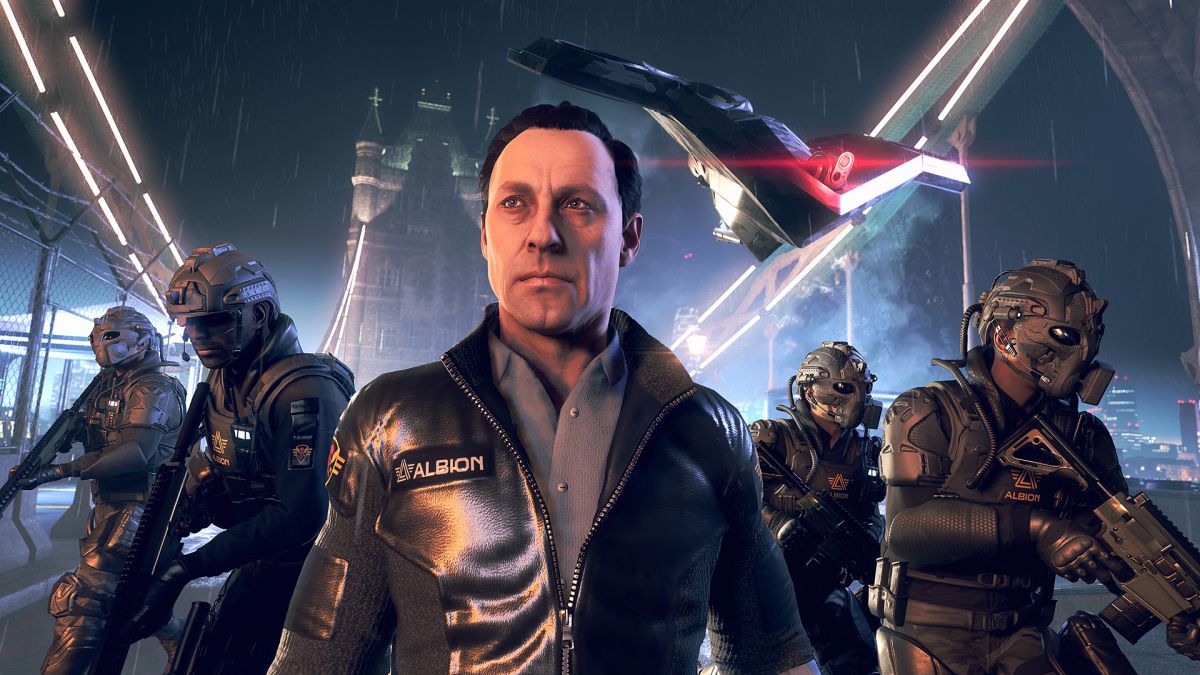 In the near future of Watch Dogs Legion, London isn’t doing so hot. A mysterious group of terrorists called Zero Day have been bombing the city and pinning the blame on do-gooder hacker collective DedSec. The leader of private military corporation Albion, Nigel Cass, has used the chaos as an opportunity to seize power from the government. And a mob boss named Mary Kelley is running guns and drugs through the city.

There’s still a bit of hope, though, as DedSec is busy recruiting everyday citizens to fight back. In the video above, you can see two story missions from Watch Dog Legion—in the 20 minutes of footage (edited to cut out a lot of driving between mission areas) I use several members of my team do some hacking, employ a bit of stealth, use holograms to do detective work, and sic a remote-controlled spiderbot on some unfortunate guard’s face.

In the first mission, I’m trying to meet up with a contact who has information about Zero Day and the bombings. We set a place to meet, but when I arrive there’s nothing but a puddle of blood. Time for some detective work. DedSec’s AI uses camera feeds to recreate the scene holographically (reminiscent of the ECHO system from The Division 2), which lets me play detective as I walk around the 3D projection and examine clues, then follow a car’s electronic ghost through the city.

The latest on Ubisoft’s workplace allegations

– After numerous public allegations of sexual assault and harassment within the company, Ubisoft promised a ‘structural shift’ to deal with its issues, and multiple executives have left the company.

Swapping to another character, I stealthily infiltrate a secure area using a spiderbot and camera hacking, then rescue my contact.

In the second story mission, I’m trying to find a rogue drone designer who’s been fighting against Albion, and before I can enter his apartment I have to access his cameras from a rooftop by hacking a window washing rig. Then I need to disarm a rigged shotgun he has pointed at the door by solving a power-routing puzzle. Is there anything hacking can’t do?