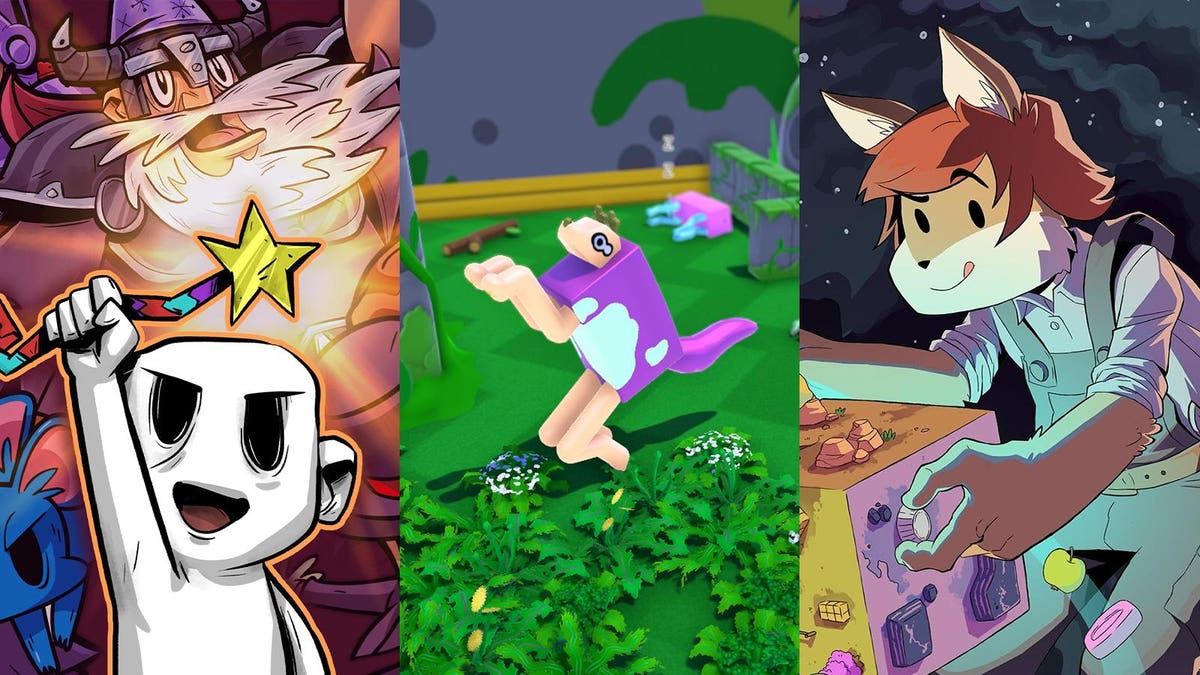 Another long Easter weekend approaches, and for countless players, it presents a golden opportunity to invest valuable extra time into a new game. It may be tempting to commit to a huge, sprawling AAA like Horizon Forbidden West or Elden Ring, but you’ll only scratch their surface–and there’s so much to get from those on the edge of the spotlight.

Already, 2022 has offered up some absolutely spectacular indie games that are utterly perfect for a three-to-four-day Easter run–especially as the bar for indie GOTY has already been set ridiculously high.

For $30 or less–or even free with Game Pass–you could have the game you need to scratch that gaming itch, walking away from this glorious weekend with a much stronger feeling of satisfaction, not just from completing a game, but by supporting those smaller devs who represent the true heart and backbone of the industry. Here are nine great titles worth your time.

Nobody Saves the World

Coming in at between 20 and 30 hours to complete, action-RPG Nobody Saves the World is one of the best candidates for a long-weekend playthrough, especially as it puts a whole new spin on a well-worn genre. What’s more, it debuted on Xbox Game Pass, meaning it’s only a quick download away for subscribers–and as of yesterday (April 14), it’s finally available on Switch and PlayStation.

Created by Drinkbox Studios (Guacamelee, Severed), you take on the role of the titular Nobody, who has the ability to shapeshift into a rat, ranger, horse, egg, zombie, and many more unique characters to complete puzzles, unlock upgrades, and ultimately try to defeat the Calamity that has engulfed the land. Its trademark humor, combined with excellent mechanics, make it a superbly compulsive experience.

Check out my full review of Nobody Saves the World here.

While Circuit Superstars arrived on PC and Xbox in 2021, this marvelous little racing game from Original Fire Games dropped on PS4 this year, and its passionate, six-strong Canadian development team has been adding regular free expansions and upgrades since the new year, building on incredible foundations to create a masterful top-down racer.

It may look like a modern-day Micro Machines, but this couldn’t be further from the truth. Circuit Superstars straddles the fence between arcade and simulation, demanding skill and patience but delivering a deeply fulfilling experience, where every well-taken corner fills you with utter joy. It’s a must for casuals and sim fans alike.

Tunic may command a $30 price tag, but few indie games are quite as polished–or capable of hitting such a high bar in an incredibly competitive genre–as this cutesy but punishing action RPG, which would have pride of place in The Legend of Zelda universe, had the lead character not been an inquisitive, silent fox.

Going into detail about Tunic would do it a disservice, because the whole game is built around learning everything as you go, in a simple but inventive way. Combining time-honored tropes with an indecipherable language, a fascinating manual system, and an utterly gorgeous world, Tunic is a shoo-in for indie GOTY status. It’s also on Game Pass, so what have you got to lose?

The funniest game on this list–and, most likely, of 2022–Wobbledogs is also one of the most wildly popular releases of the year among Steam users. Pet simulation games might not be many players’ cup of tea, but you only need to watch the trailer to immediately fall in love with sole developer Tom Astle’s insane vision of happy, wobbly pups. Even cat people will find its charms irresistible.

After years of no pureplay snowboarding games, FoamPunch’s Shredders channels the glory days of classics like 1080, SSX, Cool Boarders and more. While it’s not perfect, this labor of love–which was another day-one addition to Game Pass–is simple, straightforward, and self-aware, but constantly challenging; it’s the perfect thing to dip in and out of during a busier Easter weekend, and beyond.

Here’s my review of Shredders.

Right now, you only have to pay ten bucks for the best retro racing game in recent memory. Slipstream, the brainchild of Brazilian solo dev Sandro Luiz “ansdor” de Paula, is a stunning love letter to OutRun and all things 90s Sega, managing to preserve the allure of the era while more than meeting the demands of modern-day racing fans.

Slipstream is easy to pick up yet tough to master, with an often brutal difficulty that may put off casual gamers who crave first-place finishes, or even just the satisfaction of reaching the end of a five-stage grand tour. However, it remains one of the most mesmerizing and rewarding games of its kind–one well worth its meager RRP, especially with its many modes and split-screen multiplayer.

Take a look at my review of Slipstream here.

Canines are so in, darling. As the second game on this list featuring a fox as its protagonist, FixFox shares another thing with Tunic: it’s more than earned its place on the early shortlist for indie game of the year. As another one-person creation from Czech developer Jaroslav Meloun, this “wholesome sci-fi adventure,” about an unlucky space mechanic stuck on a planet where tools are banned, is a soul-stirring delight.

Its quirky art style, odd premise, and wonderful lead character Vix pull together to create a captivating world you just want to lose yourself in. Perfect for long spells and short sojourns alike, FixFox is a thoroughly nice, kind, and heartwarming game that couldn’t have come at a better time.

For all the right reasons, a lot of people really don’t like Music Racer Ultimate–and during my first couple of playthroughs, I didn’t either–but hear me out. It’s not groundbreaking, user-friendly, polished, or close to the technical prowess of spiritual predecessor Audiosurf, but under the right conditions, this unrelentingly retro-neon fever dream makes you completely forget its drawbacks.

Once you’ve found the right bit of music–notably, something a bit slower and trippier–the experience proves more of a joyride than a car crash. Play a bit of The Polyphonic Spree, Ratatat, Lemon Jelly, or Saint Etienne and you’ll soon find that higher level. Plus, the game’s just $7, even if you’ll have to invest a bit of time figuring out how to play your own songs.

Imp of the Sun

Last but not least, if you’re only going to buy one Peruvian folklore-inspired 2D Metroidvania-lite platformer this Easter, Imp of the Sun is the one to get.

As one of the most overlooked indie games of 2022 so far, this Ori-like affair combines non-linear exploration with big bosses, unlockable abilities, and a beautiful art style, delivering a genuinely moreish challenge. It may lack the sharpness and attention to detail of its contemporaries, but its formula works–and you’ll even learn plenty about a fascinating culture along the way.