Henry Cavill is in the new Total War: Warhammer 2 DLC 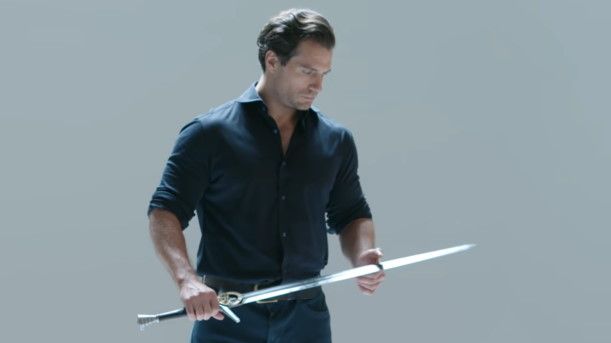 In April, we learned that Henry Cavill, who alternates his time between being a Hollywood hunk and an inveterate nerd, was spending his COVID-19 quarantine time painting Warhammer miniatures—a natural pastime, given his previously professed love for Total War: Warhammer 2.

His fandom has apparently not gone unnoticed by Creative Assembly. The studio is releasing new Total War: Warhammer 2 DLC later this week called The Warden and the Paunch, an epic tale of war between the High Elves and the Greenskins, and it turns out that Cavill is in it—sort of.

Ironically, fans in the Total War subreddit have been joking about Cavill appearing in the DLC as Eltharion, High Elf Prince of Yvresse. In reality, he has a much smaller and less visible role as Cavill, Loremaster of Hoeth. The name is a pretty obvious giveaway, but in case you need more convincing, PCGamesN capped an image showing that one of his abilities is called White Wolf, which grants him a +15 bonus vs large enemies. Geralt of Rivia, who Cavill portrays in The Witcher series on Netflix, is known as the White Wolf, and bonus abilities against large enemies seems very appropriate for a monster hunter.

Game director Richard Aldridge confirmed that the in-game hero is based on the real-life one. “For me I love nothing more than bringing the world of Warhammer to life, and like many of our fans I get a buzz out of playing with a new character or painting one of my minis at home,” he told the site.

“So when when I saw a certain Mr Cavill mentioned that he enjoys nothing more than firing up Total War: Warhammer or painting a few models in his spare time, I thought it would be fun to somehow inject him into the game, like we have with a number of developers over the years. You might even spot me. With the Warden and the Paunch coming up, it felt like a good time to include Henry, and what better way than having a mighty Loremaster of Hoeth by your side with a few personal special traits to play with when starting a campaign as Eltharion.”

Total War: Warhammer 2 – The Warden and the Paunch comes out on May 21, and is available for pre-purchase on Steam for $8/£6/€8. The Total WAAAGH! update, which will be free for all players, will go live at the same time. Henry Cavill can be briefly seen in his Loremaster of Hoeth guise starting at the 11-minute mark in this Eltharion the Grim extended gameplay trailer, courtesy of Turin.