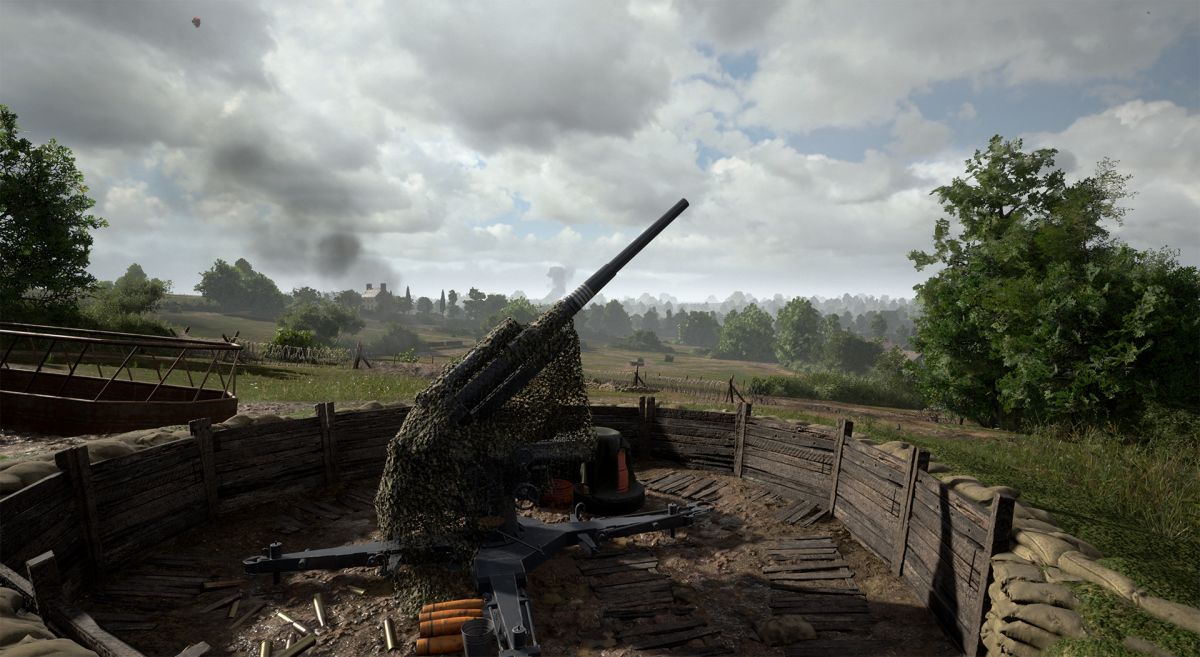 World War 2 tactical shooter Hell Let Loose is preparing to release a big game update in the coming weeks, and as part of that they’re previewing the game’s new map: Carentan. Familiar to many gamers of a certain age, Carentan was an infamous experience in the first Call of Duty and popped back up in Call of Duty: WW2. I’ve seen the Battle for Carentan in a lot of games at this point. If I’m being honest, Hell Let Loose’s Carentan looks like it might be the most gorgeous one yet. I’ll let the screenshots do the talking.

The density of map props and buildings is… kind of shocking. The overview of the map itself is staggering to consider if you’ve played tactical shooters before. Overlapping lines of fire exist everywhere, as do blind spots that allow nearly any position to be flanked from multiple angles. Driving one of Hell Let Loose’s claustrophobic tanks in this environment is going to give me ulcers. (But I’ll do it anyway.)

Black Matter explained more about the map in their update post. “Building a photoreal town from to-scale reference is no easy feat,” said developer Max in an update, “and to achieve that we’ve taken the liberty of closing off many of the 2000+ gardens that lay nestled behind the street fronts.” Hell Let Loose’s upcoming Update 7 will also include a full animation and sound overhaul for the game, what their post describes as “some of the biggest changes to the game that we’ve ever made.”

Hell Let Loose is a tactical shooter from Black Matter released a year ago this month. It’s in Early Access, and some of the game mechanics are as-yet pretty simple, but the overall experience is quite good. The core gameplay, running and shooting and driving, strikes a nice balance between realism and enjoyability. You can find Hell Let Loose in Early Access on Steam.