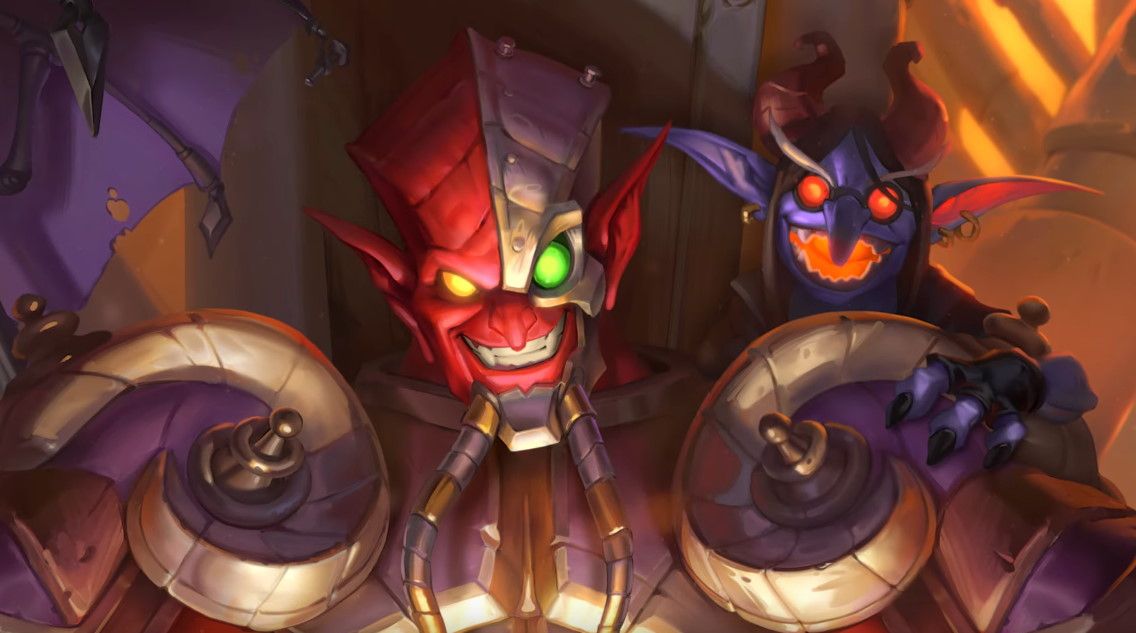 Hearthstone’s Felfire Festival will kick off tomorrow with the release of the 17.4 update, which will add 17 Pirates (a new minion type) to the Battlegrounds mode. The update will also add a trio of swashbuckling new heroes, bring a fourth out of retirement, and set the stage for a new Trial by Felfire—a free solo adventure coming to Hearthstone next week.

First, the solo adventure: The five-chapter tale, set to begin on June 17, will follow the story of Aranna Starseeker, who teams up with Illidan Stormrage and his Demon Hunters to face off against Mecha-Jaraxxus, the mastermind of the Rusted Legion. Unusually for Hearthstone’s adventures, all the chapters will go live at once.

It’s “pretty epic,” Blizzard said, which isn’t the most specific sell I’ve ever seen, but if you can complete the adventure you’ll get a Rusted Legion card back for the effort.

A week later, on June 24, a new Challenge Mode will kick off that will grant successful players a Golden Kael’thas Sunstrider card. The Burndown Tavern Brawl will also return: Players will enter the brawl with a random deck, and after a loss will be given the deck of their opponent to try their luck again and again—until one deck emerges dominant. Then on July 1, the Burndown will end and the Rumbledome will begin: Many will enter, but only one will leave.

A new legendary quest line, with nine card packs up for grabs, will also begin on June 17.

In the Battlegrounds, the Felfire Festival will feature the addition of shifting minion pools: At the start of each game, five of the six current minion pools—Beasts, Demons, Dragons, Mechs, Murlocs, and Pirates—will be available in the recruitment pool. Active minion types will be displayed while you’re selecting a hero, to help ensure that you get what you’re going for, and to help keep it all fair, heroes designed with synergies around a specific minion types will not be playable if their corresponding minion type is unavailable.

Here are those new Pirate heroes I mentioned earlier:

For players with Battlegrounds Perks unlocked, Aranna will also be added as an early-access hero on June 16, before going live for everyone on June 30.

And guess who’s back? It’s Patches, he’s still a pirate but a little different than you might remember him.

Speaking of minions, here are those new pirates, only one of which will be familiar from the main game mode.

The update also fixes a couple of bugs, one on mobile where your opponent’s mana crystals would be displayed in the side bar during their turn, and another where Zephrys the Great would not offer Windspeaker in the case where Windfury on an un-targetable minion was highly valuable. Full details are up at playhearthstone.com.