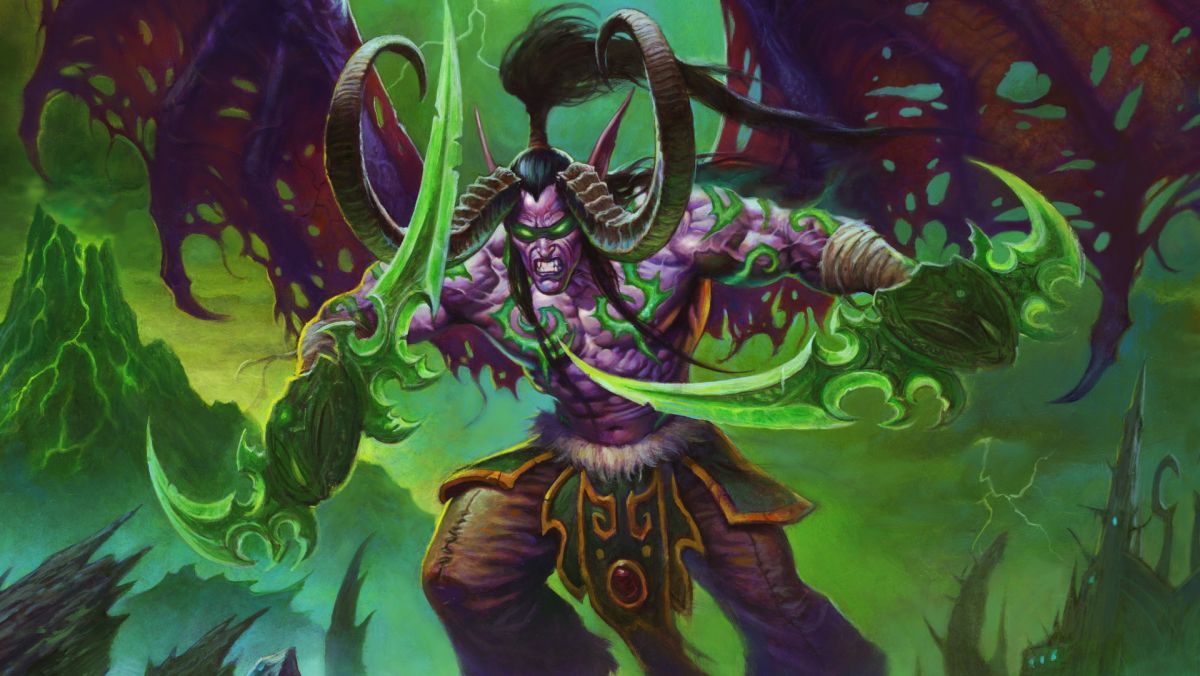 Completing the prologue campaign will unlock the class and the Illidan Stormrage hero, and award 30 free cards: Ten Demon Hunter Basic cards, a 20-card Demon Hunter Initiate set, and a prebuilt Demon Hunter deck list. New and returning players (those who haven’t logged in for at least four months prior to March 17, 2020) will also be given a free deck from the class of their choice for hopping back on—hit here for a full rundown of the available decks.

The addition of the Demon Hunter class is big news for Hearthstone—it’s the first new class in the game’s history, which is particularly remarkable when you consider that Hearthstone launched in 2014. Our resident Hearthstone expert Tim spent some time with it a few weeks ago, and found it to be something of a cross between Rogue and Warlock: “A fast, aggressive class, but hopefully not as one-dimensional as, say, Hunter tends to be.”

The new Ranked Play system for the April 2020 season is also live, replacing the previous Ranked Mode ladder with a “league system” of five leagues—Bronze, Silver, Gold, Platinum, and Diamond—of ten ranks each, and new rewards including card packs from the latest expansion, rare cards, and a epic card, depending on the rank achieved.

Hearthstone’s new Demon Hunter class will become fully playable on April 7 with the launch of the next expansion, Ashes of Outland, which will also kick off the Year of the Phoenix. Details are up at playhearthstone.com.