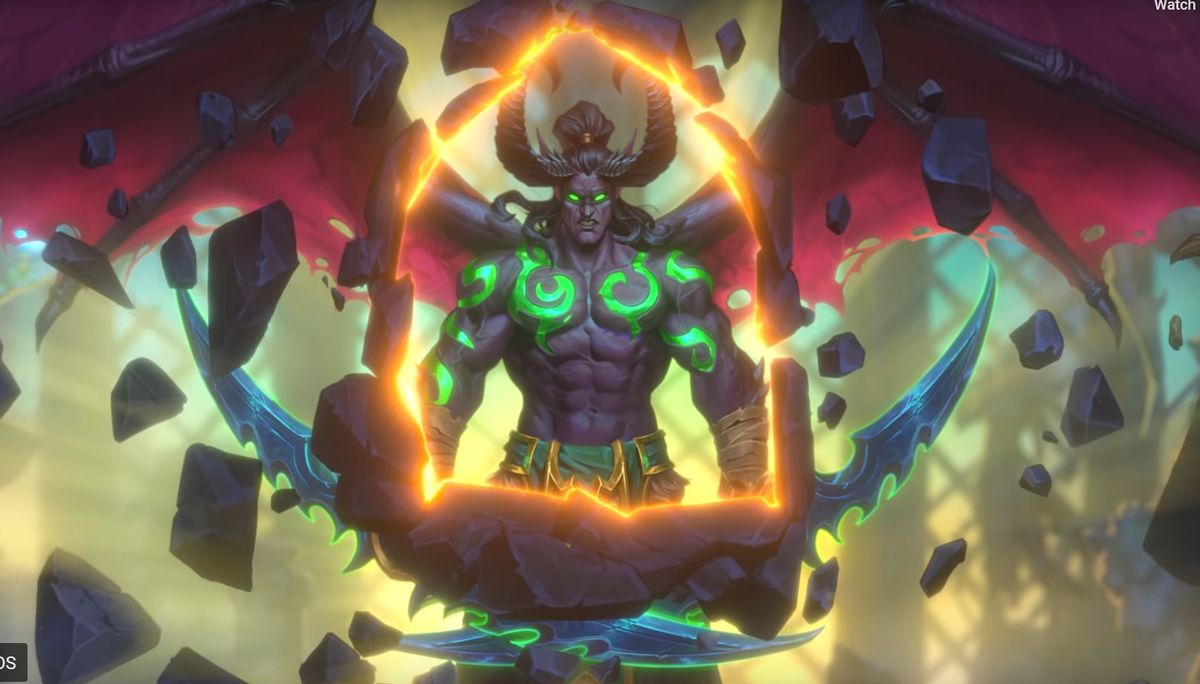 Hearthstone’s Ashes of Outland expansion went live Tuesday, bringing with it the Demon Hunter, the first new class to be added to the game since it debuted in 2014. Today, senior designer Dean Ayala said that Illidan Stormrage’s newcomers are bringing a little too much heat, and so nerfs are on the way.

Complaints about the new class began to surface on the Hearthstone forums almost immediately after the update went live. Tonquikei said in this thread, for instance, that prior to the release of Ashes of Outland, four classes had a 50-52 percent winrate, and the other five were in the 47-50 percent range.

“DH is so good that it has pushed every single other class in the game’s winrate below a level required to climb. When one class has a 58% WR and the next highest is at 49%, that’s a significant problem that needs to be addressed as soon as possible,” they wrote.

“DH does it all. You simply can’t out tempo it in the early game and will struggle to out value it in the late game if you somehow managed to survive that long. The class has so many options playing against it feels like playing against an adventure boss like the Lich King on heroic.”

Day 2 and now no other class besides Demon Hunter has even a 45% winrate. It’s only day one they said. pic.twitter.com/OXqguSq9oZApril 8, 2020

The situation is serious enough that Blizzard is working on a patch that it hopes to get out today—the first time in Hearthstone history that nerfs have been announced within 24 hours of an expansion’s release, according to our resident expert Tim. The previous “fastest nerfs ever,” following last year’s Descent of Dragons expansion, took more than a week to actually roll out.

We’re planning on making some balance changes that should go out today. Cards we’re looking at are Skull of Gul’dan, Imprisoned Antaen, Eye Beam, and Aldrachi Warblades. We’ll send out the final info from our official channels when it’s ready. pic.twitter.com/2tU5j6lJyYApril 8, 2020

Along with the immediate changes to cards, Ayala said Blizzard will adjust Demon Hunter in Arena, and make some changes to the class that will aim to keep its “class-defining pieces” powerful while down-tuning cards that give Demon Hunter too much of that “does it all” capability.

“The expectation should be that there will be a lot of balance iteration over the next few weeks. We’ll be making changes a little more frequently until we feel that DH is in a fun, unique, and balanced state,” Ayala said. “We have another patch planned for late next week that will address any further changes we want to make to Constructed, Battlegrounds, or Arena.”

There’s no sign of the update yet, but we’ll let you when it goes live.