Hearthstone: Scholomance Academy goes live with a free Legendary card for everyone 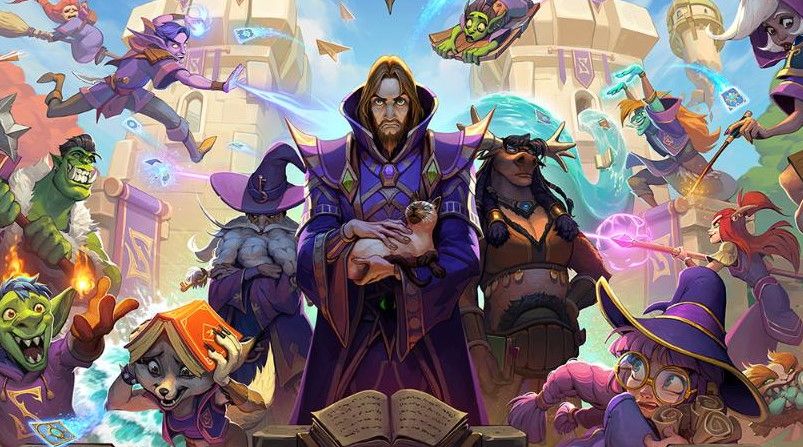 As their name suggests, Dual-Class cards—which we took a closer look at a couple of weeks ago—can be played in two classes. The result will be that synergies which were previously impossible, such as Shaman having access to Mana ramp, or Mage being able to play Combo cards, will now be open for exploration.

Blizzard says it will “unlock a whole new spectrum of gameplay possibilities,” which of course it would say, but we’ll have to wait and see whether the result is greater homogeneity because we see twice as much of these cards, or cool new combos.

As for the new Spellburst keyword, it activates a one-time-only effect after a spell is cast while the card with Spellburst is in play. Another addition in Scholomance is Studies. These all cost 1-Mana, and enable players to Discover a card of a certain type. The next card of that type you play has its Mana cost reduced by 1, effectively making the Study card free.

Speaking of free stuff, the launch of the expansion comes with some gratis goodies: All players who log into the game before October 27 will be given a Scholomance Academy Legendary card, and up to six Scholomance card packs can be earned by completing Legendary Quests.

The full lowdown on Hearthstone: Scholomance Academy is up at playhearthstone.com. To ensure your learnin’ gets off to a strong start, don’t miss our list of top theorycrafted decks, and discover the three things Tim learned last week when he got his ass beat by (among others) Trump.