Hearthstone devs are hitting Demon Hunter with another round of nerfs 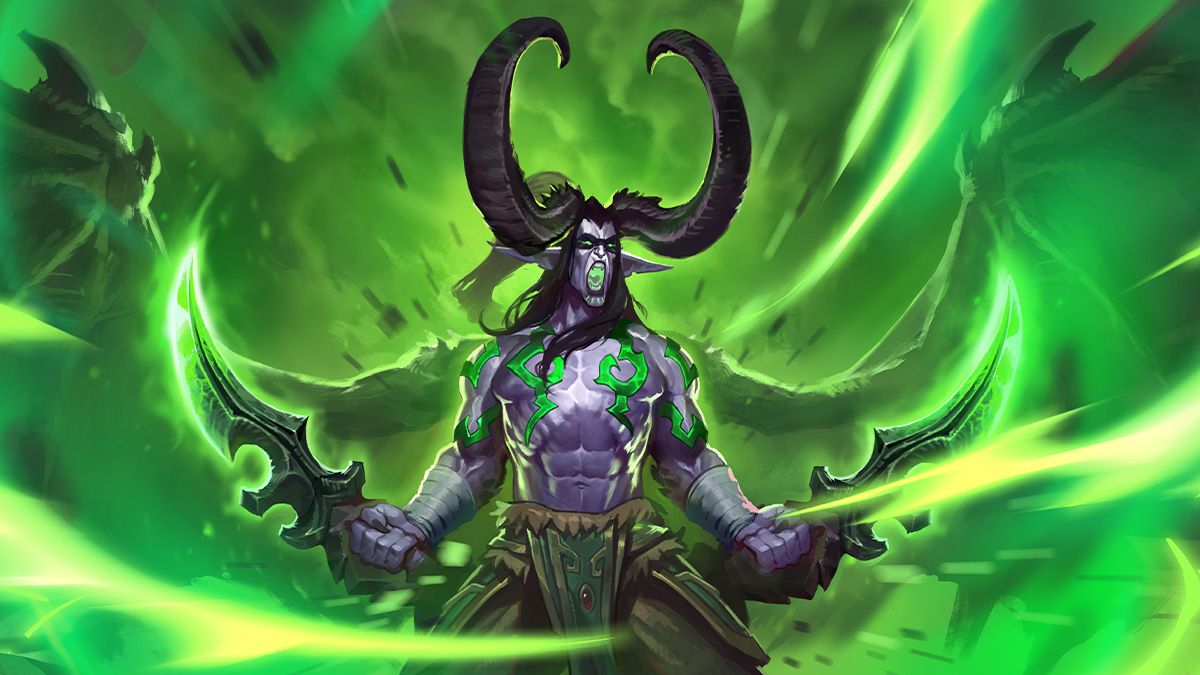 Blizzard has announced a new balance patch for Hearthstone that will make changes to a dozen cards in Standard, and will also fix a pretty serious bug with Ethereal Conjurer that causes the game state to lock when it’s played. As patch numbering standards go, 17.2.1 doesn’t sound like much, but in fact, it’s a big one.

Looking at the list of changes, it’s clear that Blizzard has two goals in mind: To rein in the power of Demon Hunter and Warrior, which are currently in a clear tier above all the other classes—a couple of weeks ago the Hearthstone subreddit was making ridiculous custom Demon Hunter cards to mock how OP the class is—and to buff Paladin and Shaman into the realms of actual playability. Hunter, Rogue and Warlock, the next best decks, will also be tuned down slightly, to prevent them from simply stepping into the shoes of our current oppressors.

Priestess of Fury, which is being nerfed from 6 attack/7 health to 6/5, stands out as the most obviously-needed tweak: 7 Health was just too much to deal with for many decks, particularly as the card could come down as early as turn five, and when comboed with raging Felscreamer. At 5 Health it trades more easily with minions and dies to some commonly-played spells.

“Overall I think the biggest winner here might be Hunter, which is only having one of its cards nerfed the admittedly bonkers beast-buffing spell, Scavenger’s Ingenuity, and should end up with good matchups against the field. Priest and Mage probably also get a bit better by dint of not being touched at all,” our resident Hearthstone expert Tim Clark explained to me, slowly and with small words.

“It’s also worth noting that this patch is another clear example of Team 5, Blizzard’s Hearthstone development team, being much more interventionist when it comes to the metagame after years of largely sitting on its hands hoping for the community to overcome OP decks, only for us to fail and become increasingly frustrated.”

As to whether the tweaks will be enough to make Libram Paladin or Spell Shaman a thing, there’s reason for optimism. Paladin really needed a good 1-drop, which it’s getting now that the cost of Aldor Attendant is dropping. For Shaman, Torrent starts to look like a very good card at 4-Mana, while Lurker below was already semi-viable, so buffing its Health by two should make it an auto-include.