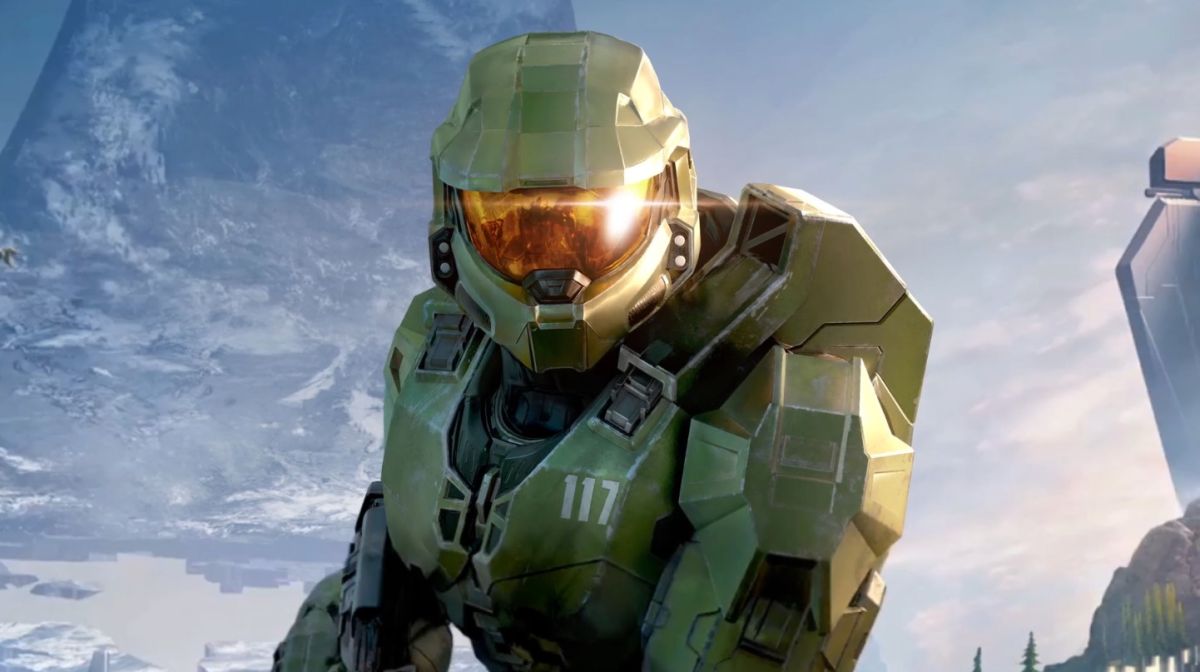 The first thing you’re likely to notice is that the image is a blatant throwback to the 2001 box art for Halo: Combat Evolved, the very first game in the series. You can see the Halo ring itself curving off in the background, while ships fly through the sky and the Master Chief stares resolutely ahead, ready to shoot lots and lots (and lots) of guys. The “Welcome back, Chief” is pretty on the nose, too.

Also visible, at the very start of the clip, is the reflection of someone—presumably someone he’s about to waste—in the Chief’s visor. It could very easily be one of the Banished, a renegade faction of the Covenant that filled the bad guy role in Halo Wars 2. 343 has previously hinted at a return of the Banished for Halo: Infinite.

One thing that’s distinctly new in the teaser, as quite a few sharp-eyed have noticed, is the little nodule on the Master Chief’s left forearm, widely believed to be a grappling hook. A rumor surfaced yesterday, via VG247, that the grappling hook will be an equipment pickup similar to what was in Halo 3, although how (or even if) it will be included in the campaign is anybody’s guess at this point.

For a proper first look at Halo Infinite, and a whole bunch of other upcoming stuff, catch the Xbox Game Showcase beginning at 9 am PT/12 pm ET tomorrow, on Twitch, YouTube, Twitter, and Facebook. This one will be nothing but games: “No business, devices or similar news, just games,” Xbox marketing boss Aaron Greenberg said last week. “A whole show about [an] hour long focused on games.”