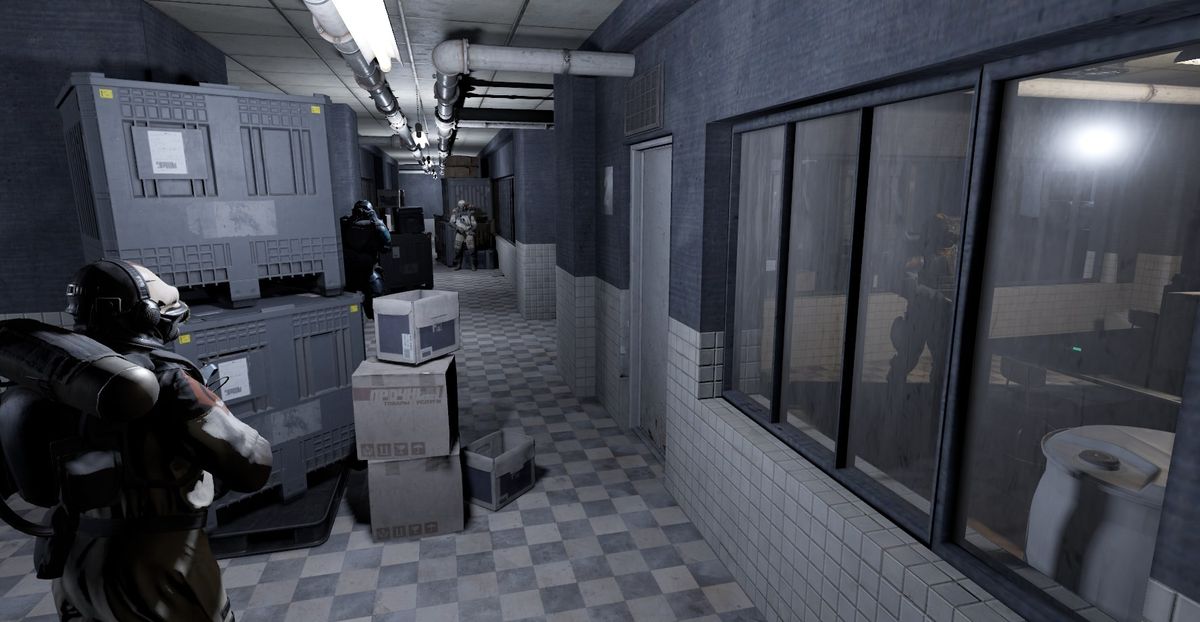 Some Half-Life: Alyx modders are doing important work that will have big ramifications for the future of mankind: they’re remaking GoldenEye in VR.

The N64’s best FPS that isn’t called Perfect Dark never made it off Nintendo’s console, and these days it’s lost quite a bit—but certainly not all—of its sheen. Thank goodness for modders, then. There’s already GoldenEye Source, which remakes the multiplayer, and an Unreal Engine remake of the campaign, and now they’re joined by a VR version.

GoldenEye Alyx 007 (cheers, PCGamesN) is a work-in-progress that’s so far reproduced Dam, which comes in two parts, and Facility, complete with the original soundtrack. Being rebuilt in Alyx, however, means there are some changes. It still uses character models from the base game, for instance, including Alyx herself, and it still boasts a lot of that highly interactive sandbox quality.

While the original can feel a bit archaic now, there’s still a lot to be impressed by, like the dynamic AI that made enemies reactive, calling for reinforcements, trying to find the best position to get at the player and searching for the source of gunshots. For the mod, the team’s built its own dynamic AI, which it hopes will make your playthroughs suitably different.

Development on the third part of Dam was started on July 10. The previous maps have only taken six days to make—an impressive feat—so you can expect Dam Part 3 to appear this week.

More than 400 Half-Life: Alyx mods have appeared on the Steam Workshop so far, including this nifty lightsaber mod and the surprisingly brilliant addition of liquid in bottles.