H.R. Giger inspired horror game Scorn is back with an extremely moist trailer 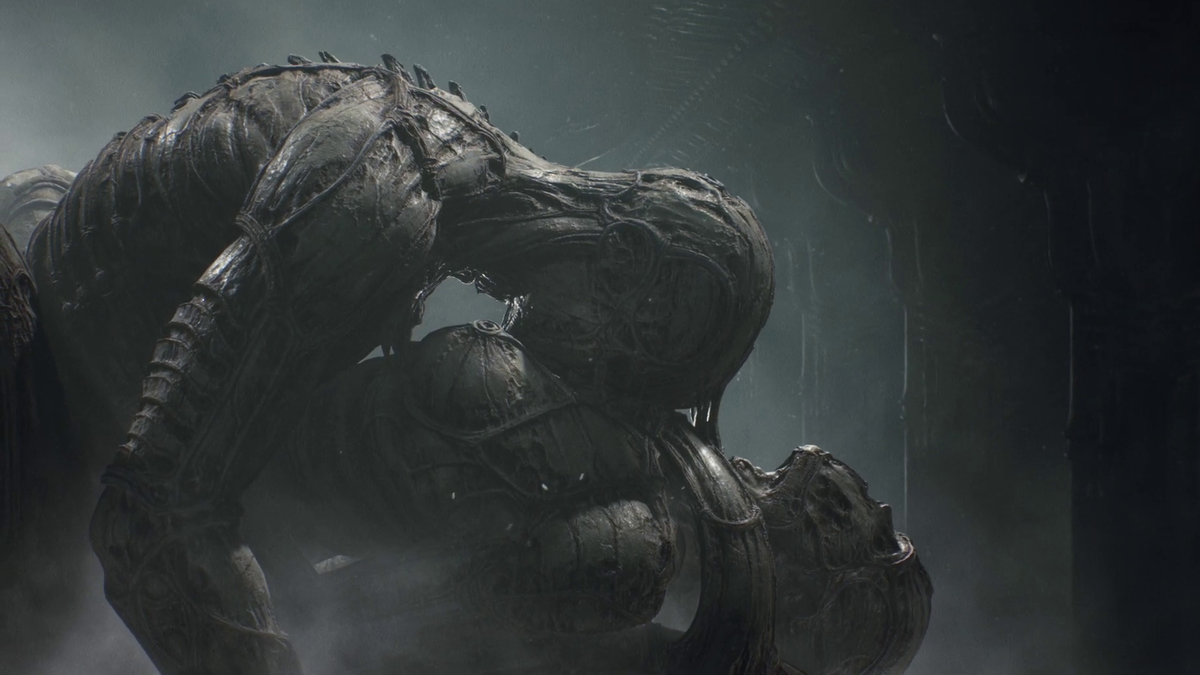 Scorn is a big, pulsing ode to the art of H.R. Giger, who you might know as the guy who designed Alien’s Xenomorph. Dude embraced chitin, exoskeletal horrors where everything on the inside is now on the outside, touched up with sleek, industrial finishes. Scorn is a game all about that kind of nasty stuff I like looking at, and today’s Inside Xbox trailer is the first we’ve seen of it in a while.

After a successful Kickstarter and an early demo a few years back, studio Ebb Software pulled the curtain back over Scorn to focus on development and restructuring the former two-parter into a single, bigger adventure. It looked nice then, but didn’t look like much fun.

The new trailer doesn’t alleviate any immediate concerns and instead doubles down on the Gigerness of it all: Ribbed hallways and glistening tubes and third eyes and prolapsed mouths. I’m still into the look of things, but I’m still curious about the substance. I’m getting Agony vibes here: a hell-ass hell looked nice in a trailer, but was pretty vapid and juvenile in execution. Hopefully the extra time and support gave it some heart, even if the heart is a shriveled abomination.

I’m guessing we’ll see how it looks in action soon, but if you’re curious to see how things stood back in 2017, here’s the old Scorn gameplay trailer, guns that shoot teeth, moaning monstrosities, and all.