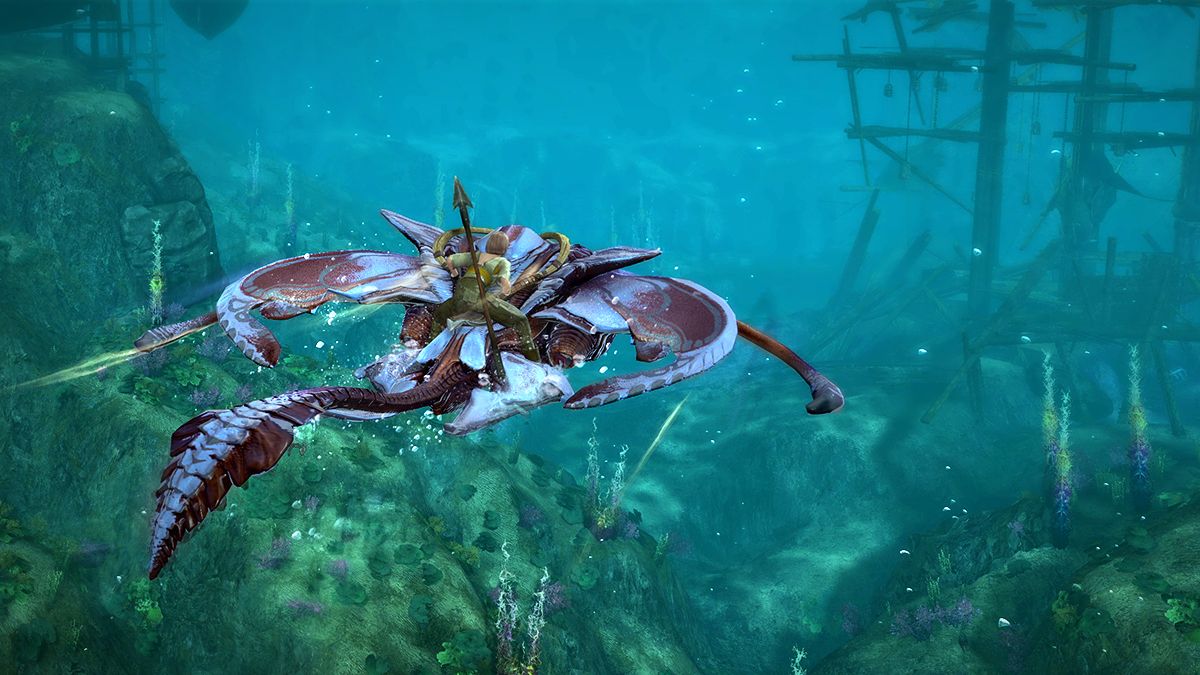 The eighth anniversary of the fantasy MMO Guild Wars 2 is coming later this month, and to mark the moment ArenaNet is making a big change to the Skimmer mount. The manta-like Skimmers, introduced in the Path of Fire expansion in 2017, normally skim a few feet above the surface—that’s where the name comes from, see—but soon, they’ll also be able to carry their riders deep underwater.

This is a big deal for a couple of reasons. There are currently no Guild Wars 2 mounts that can go underwater, for one thing, so this will be the first opportunity for players to catch a ride beneath the waves. It’s also the first time that ArenaNet has gone back and added this sort of functionality to an existing mount. Both points are rather remarkable for an MMO that’s eight years old, but the studio said that players have been calling for this since the the Path of Fire expansion went live three years ago.

(And really, it only makes sense. Look at that thing—of course it should go underwater!)

The submersible Skimmers will be available beginning on August 25, via a new “Skimming the Depths” unlockable mastery. Ahead of that, a week-long World vs World bonus event will kick off on August 14 with a 25 percent bonus to reward-track progress, double experience points, and a 50 percent bonus to magic find.