GTA Online’s alien outfits are now free, so get out there and kill each other 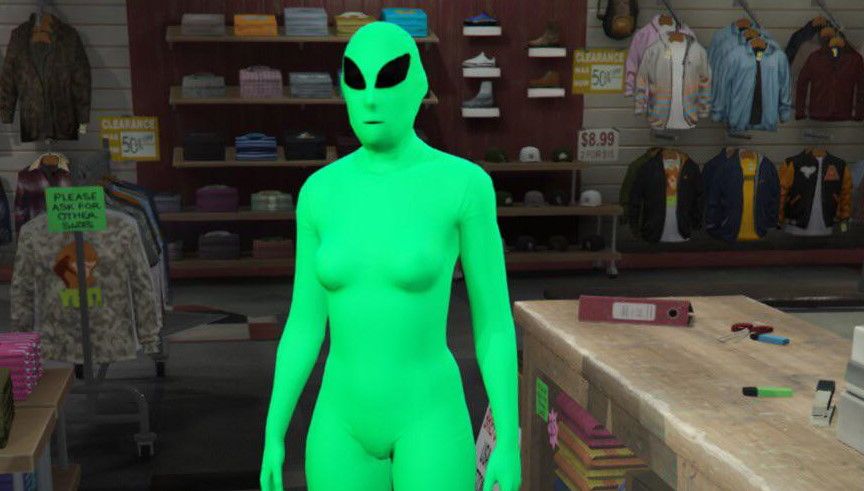 This has actually been going on for awhile now, and has grown over the weeks from random silliness to a whole thing that the community has picked up and run with. Rockstar fanned the flames at the start of May by giving away $500,000 of in-game cash to everyone who logs into the game during the month, which is just enough to buy one of the remarkably expensive suits. (The purple suit goes for $330,000, while the green is even more expensive, at $358,000.)

But apparently that wasn’t enough to keep things sufficiently interesting, because now Rockstar is just straight-up dumping gasoline all over everything by making the suits entirely free. Rockstar hasn’t officially announced the giveaway, but multiple players on the GTA Online subreddit have confirmed it.

And not only are the suits free, but according to Rockstar fan Tez2 on Twitter, Ammu-nation stores in the game are also giving away pool cues—because what’s the point of dressing up like an alien if you can’t whale on someone dressed up like a differently-colored alien with a makeshift club?

Or whatever happens to be at hand, I guess.

Just another day in gta online nowadays from r/gtaonline

I’ve reached out to Rockstar for more information on the alien outfit giveaway, and will update if I receive a reply. In the meantime, courtesy of the GTA Online subreddit, enjoy these.