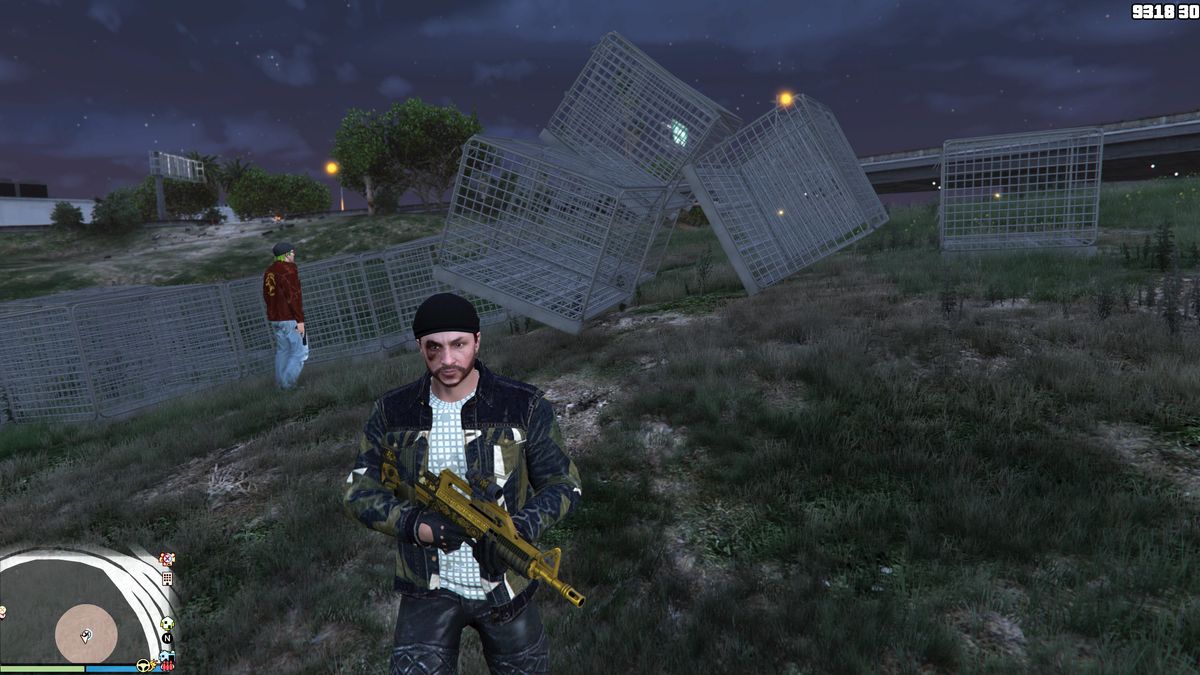 There are two reasons to be mad about the otherwise great news that GTA 5 is free on the Epic Store right now: One, you recently bought GTA 5 for $30, but not recently enough to get a refund. That sucks. Or two, you enjoy playing GTA Online without modders spawning cages on your head.

As anyone could’ve predicted, the free copies of GTA 5 have resulted in a spike in cheating, given that permabans are no big deal when there’s no money on the line. Over the weekend, one acquaintance called GTA Online “unplayable,” partially because Rockstar’s servers aren’t handling the influx of players well, and partially because of the modding.

GTA Online is an oddity in that players tend to refer to those who compromise the game as “modders” rather than “cheaters.” In part, that’s because GTA modders can be fun people who use their godlike powers for the amusement of everyone. GTA can be enjoyed without any structure, and spawning a flying saucer for an alien gang is hardly “cheating”—it’s harmless goofing around, even if it’s against the EULA.

But if most GTA Online modders showed restraint and good nature, they wouldn’t be so reviled. No, many use their easily obtained powers for evil.

While GTA Online modding seems to have spiked due to the giveaway—which I’m gauging by the number of recent posts about modders in the subreddit—it’s not at all a new problem. Griefing may be extra rampant right now, but complaints about modders have been around since the game’s PC launch.

Stopping malicious GTA Online modders is perhaps tricky for Rockstar, because GTA 5’s modability is a huge part of its appeal on PC. Hell would be raised if Rockstar cracked down on singleplayer mods, and we also love multiplayer mod FiveM, which powers the roleplaying servers that made many of our favorite GTA stories possible. Any sweeping attack on modding would be undesirable. But so are griefers who try to crash people’s games by spawning piles of airplanes.

Rockstar does issue bans for screwing with GTA Online lobbies, so once the Epic giveaway is over, this latest influx of modders may die down a little. If you don’t have it, GTA 5 can be claimed for free on the Epic Store until May 21.