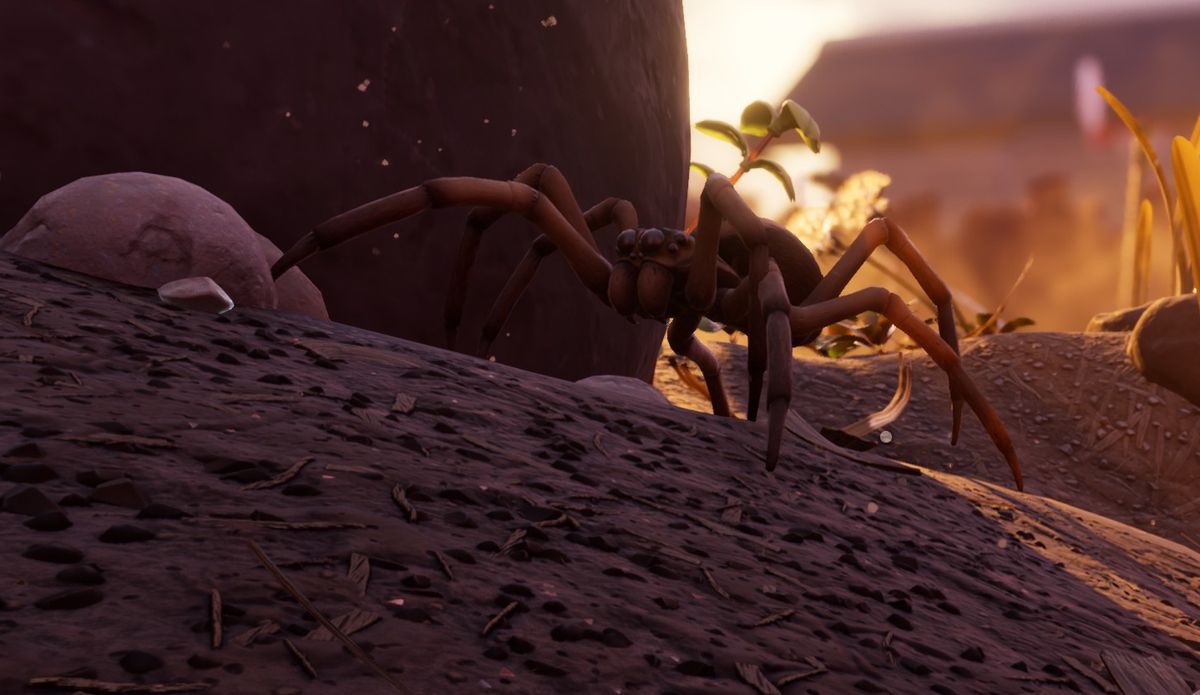 Thank you, Obsidian, for Grounded’s arachnophobia mode. The Honey I Shrunk the Kids-style survival game launched in Early Access yesterday, shooting to the top of the Steam charts and Twitch, and thankfully it already includes a way for you avoid becoming a blubbering mess at the sight of a giant spider.

I’m in agreement with Andy that videogames have a giant insect problem, and that includes insect-adjacent creatures like arachnids and molluscs and all the other creepy crawlies. They’re a monster design crutch, but in Grounded the spiders are genuinely terrifying. Huge, fast, with big unblinking eyes that turn red when they’re hostile—they turned my time with the demo into a nightmare.

The arachnophobia mode lets you make the spiders increasingly less defined, until they’re just amorphous blobs. Of course, you might consider the prospect of being chased by shapeless, alien creatures even more unpleasant than being hunted by spiders, so it’s not a perfect solution. The exhilaration of these spider chases might be worth the terror, too, and trying to outrun them while they plough through tree-thick blades of grass is an experience worth trying out once.

The other critters lurking in Grounded’s garden are similarly memorable. They all behave differently and feel like part of the little ecosystem. When you first start exploring, you’ll have no idea how an ant or a tick is going to react to you, or how much of a challenge fighting or escaping them will be.

Along with the arachnophobia mode, the Early Access version currently contains three biomes, crafting, bases, online co-op, ten insects, two tiers of weapons and armour, and the groundwork for the storyline.

Obsidian hasn’t committed to a timeline, but Grounded will be in Early Access until next year. You can grab it for £25/$30 on Steam and the Microsoft Store. It’s also available on Xbox Game Pass for PC.