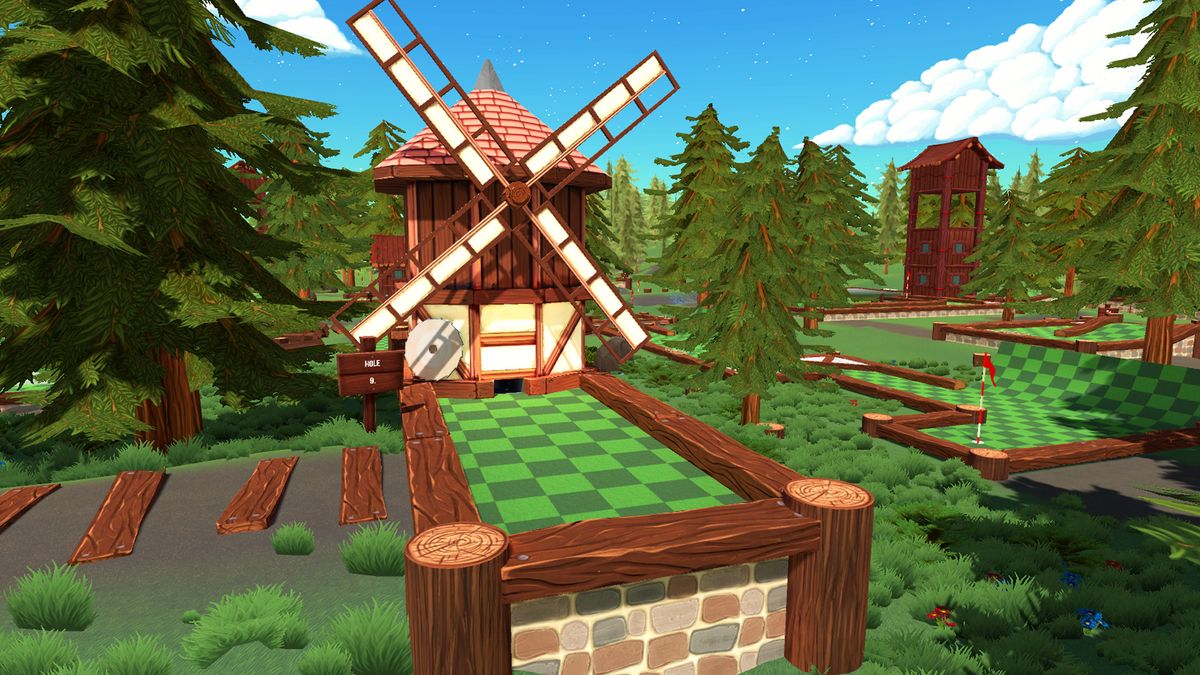 Golf courses have been deemed essential services in some places, allowing them to stay open even under shelter-in-place orders. The word “essential” has to be redefined to mean its opposite for that to make sense, but I suppose that of all the sports to play right now, golf is probably one of the best, given that you don’t have to be anywhere close to another person to play it.

But you don’t even have to be in the same timezone to play golf with your friends, because we have Golf With Your Friends, which costs $10 on Steam and is a lot of fun, provided you can get a voice chat group together to try out maps with you.

The news this week is that Golf With Your Friends is coming out of Early Access on May 19, but it’s just about complete in its current state. 11 of the 12 planned official courses are already available, and you can also download user-created courses from Steam Workshop.

I’m not sure exactly what the 1.0 release will look like, but at least right now, be warned you’ll probably have to troubleshoot here and there, or just deal with jank. I was playing with friends the other week (which is how you should play Golf With Your Friends), and a couple players crashed out multiple times. But it’s come a long way. Earlier in its Early Access life, GWYF was so busted that anytime someone left our lobby we had to remake the whole thing or we’d never be able to get them back into it. That’s been fixed, and the interface has gotten much better.

Still, your ball is probably going to do some stupid things, or get stuck now and then. It’s not quite ready for the esports scene, but Golf With Your Friends is a pretty decent multiplayer minigolf game when it’s working. Plus, you can play with pucks instead of golf balls, which is important, because everything is made better by being made hockey. It’s as true for golf as it is for Rocket League.