Gloomwood is a neo-Victorian stealth-horror game that looks like Thief, but isn’t 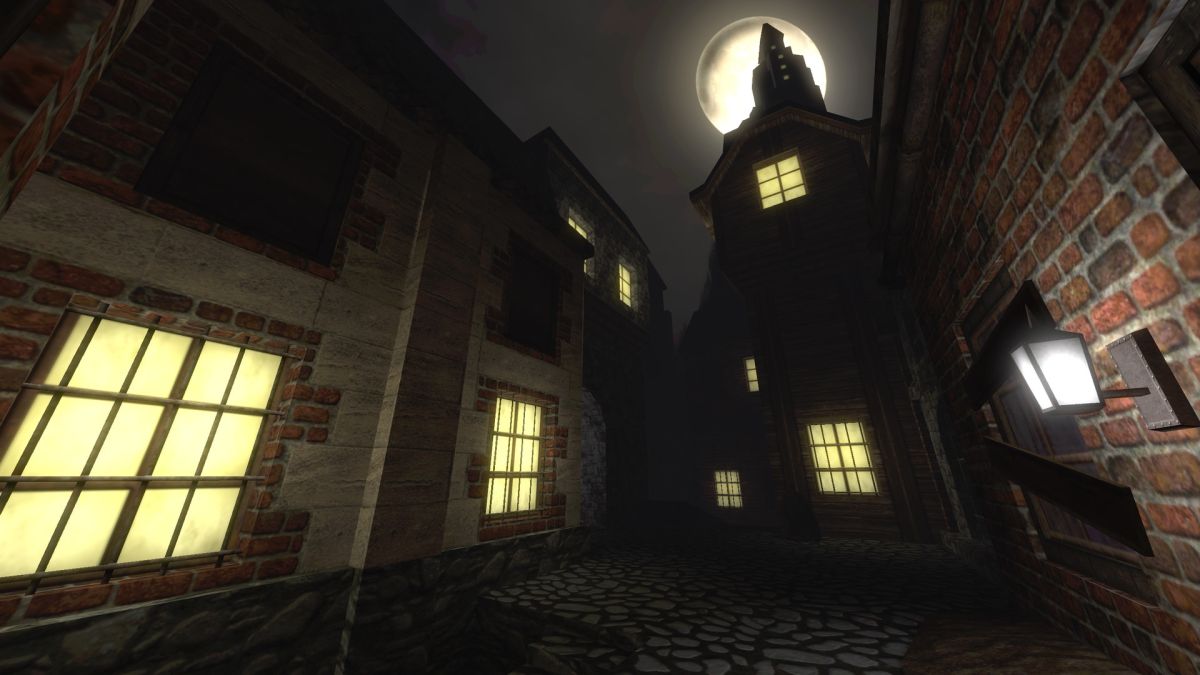 Gloomwood is not Thief. It’s important to get that out of the way early, because it looks like Thief, and at times it feels like Thief. But despite the similarities, it’s a very distinct experience. It’s survival horror rather than a straight-up stealth game, for one thing, and it’s structured differently: Instead of linear, discrete missions, the game will take place in a single, open city made up of multiple connected districts.

Probably the most glaring difference, though, is that avoiding violence isn’t the priority that it is in the Thief games. The lead character in Gloomwood isn’t a master thief with a reputation to maintain, but more of an assassin who’s simply out to survive—and woe betide anyone who gets in the way.

Gloomwood’s arsenal eliminates any doubt about the difference. There are no blackjacks or flash bombs here: Your cane-sword is quiet but deadly, and your fallback options are guns. Not good guns by any measure—they’re loud as hell and painfully slow to reload, and ammo is so scarce that you won’t get far by blasting at everything you see. But their presence provides an option to an immediate reload if (which is to say, when) things go seriously sideways.

During one playthrough of a new Gloomwood preview build, I’d made it a good distance through the opening area of the city without being spotted—it turns out that you don’t actually have to murder someone just because the tutorial says to. But eventually I ran into a guard I had to take down—and I got sloppy and botched the backstab.

In Thief, that kind of failure is catastrophic, but in Gloomwood it’s just ugly. I pulled my pistol and dropped my initial target, then wasted three of his compatriots as they came rushing into the room to see what all the noise was. Not exactly the pinnacle of professionalism, but sometimes you have to get your hands dirty.

There’s no penalty for going loud, aside from the obvious headaches: Noise brings enemies running, and an extended gunfight can leave you in a tough spot down the road, when you really need to put a bullet into someone but don’t have any left. Gloomwood seems prepared to account for this, though, with plenty of deep shadows to hide in and Deus Ex-style ventilation shafts to crawl through. Stealth will clearly be vital to success, but Gloomwood’s apparent willingness to let me drop the hammer is a nice change from games that load me up with weapons and powers, and then punish me for using them.

In full stealth mode, though, Gloomwood really does ring the old-school Thief bell. Killing is easy, but hiding under stairs, sneaking behind some barrels, timing a guard’s movements by listening to his footsteps, then dashing into a room to snatch a key and slipping out again unseen, is exhilarating.

The Gloomwood demo is still a work in progress. The AI is still rough in spots—at one point an alerted guard opened a door to room where I’d left a dead body lying in the open, but he got stuck behind the door and eventually reverted to idle state—and there’s no voice acting or guard chatter, although Dave Oshry of publisher New Blood Interactive told me that both are on the way.

He also hit me with a surprise that Thief fans will love: New Blood is working on getting Stephen Russell, the voice actor behind Garrett and Corvo Attano, involved in the game. You can bet there will be rejoicing among old-time Taffers if that happens.

Despite the rough edges, I was really impressed with what I played. I’ve had high hopes for Gloomwood from the start, and after getting some playtime on this early build, I’m even more excited for what’s coming. Gloomwood is expected to launch on Steam Early Access later this year.