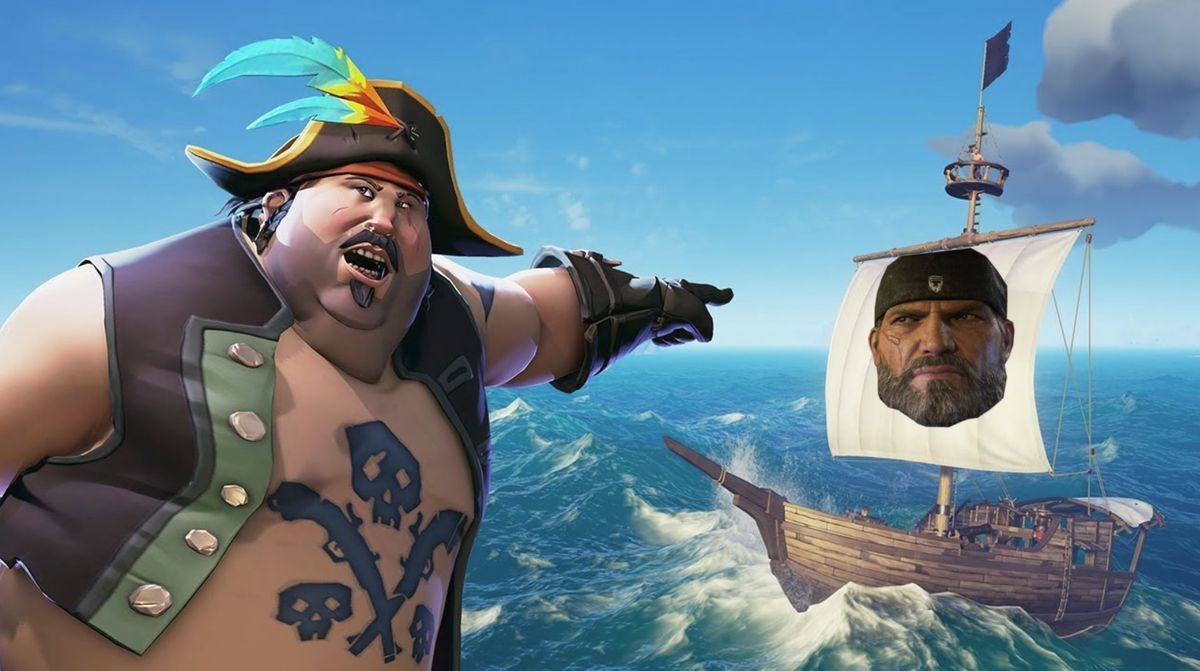 If you’re starting to get sick of your Sea of Thieves’ ship’s appearance, this weekend you’ll have a chance to get yourself a new wheel, capstan and cannons, all inspired by Gears of War and the imminent Gears Tactics.

Gears of War’s aesthetic no longer seems quite as cool as it did when it was new and I was an impressionable 20-something, but I confess that I absolutely dig these new items. They’re actually pretty restrained, but the GoW influence is still noticeable. There are a lot of gear shapes, for instance, but the highlight has got to be the chainsaw-style bayonet stuck to the cannon.

Like the other cosmetic freebies that Rare’s given away, there is a small catch. If you want them for your ship, you’ll need to tune into partnered Sea of Thieves streamers and watch 30 minutes of their stream each day this weekend. If like me you’d rather do literally anything else with your weekend, just chuck it on in the background and reap the rewards. Remember to link your Twitch account first, though.

Sea of Thieves also received another update this week, letting you represent one of the game’s factions, netting you extra rewards for completing voyages and even sinking player ships. For the first time, there’s a guaranteed reward for PvP. That’s great for PvPers, but less so for the rest of us, who will now have a bigger target painted on our hulls. Being able to buy cats does soothe the pain somewhat.