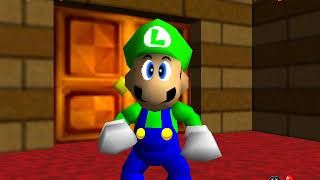 An anonymous poster on message board 4chan has leaked a massive trove of alleged source code and internal documents from Nintendo. The leak includes the source code, and development versions of code, for many famous and popular Nintendo games of the 1990s Nintendo 64 and SNES eras. The material is apparently fully authentic.

Included are games like Super Mario 64, Mario Kart 64, and The Legend of Zelda: Ocarina of Time. The source code to games like Star Fox 1 & 2, Yoshi’s Island, Mario Kart, and F-Zero are being referenced, as well as The Legend of Zelda: A Link to the Past. There are also development tools for many of the games, large caches of private internal correspondence from a few studios, and various private trade documentation in the leak.

Communities around games like Super Mario 64 are understandably excited, with long-rumored development features—like a beta model of Luigi—being placed into existing mod frameworks.

Leaked images and compiled renders have game historians and community members alike very thrilled, and are rapidly circulating on social media. The leaks are especially exciting for the ROM Hacking and tool-assisted speedrun communities, which usually must rely on complete disk or memory images to do their work. Emulator communities are sure to benefit as well. Expect more work like that impressive Mario 64 port from earlier this year to come out of these leaks.

Investigation into the release of the code, and the greater repository, is ongoing by various communities. Sources state that there are more than 2 Terrabytes of files. Should probably call it the Terraleak, then, shouldn’t we?