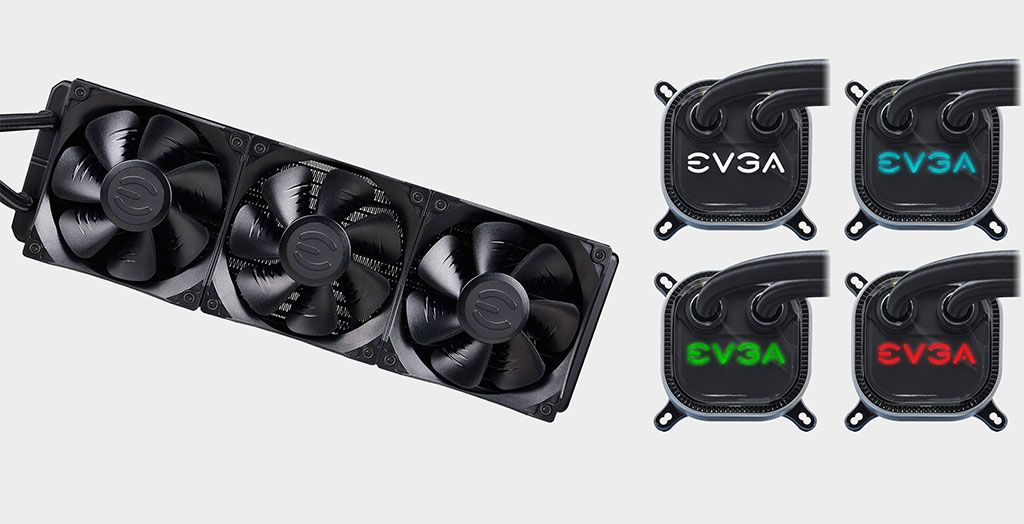 Factoring in the rebate, you’re saving $60 with this deal. That makes this is the least expensive 360mm AIO cooler around. It’s the same size as Cooler Master’s MasterLiquid ML360R, which we consider one of the best CPU coolers, but priced significantly less after rebate (the ML360R is on sale for $141.99).

EVGA’s cooler comes with three 120mm fans. It supports most of the major Intel and AMD sockets, including AM4 (AMD) and LGA 1151 (Intel). The only question mark is whether it’s compatible with Intel’s new LGA 1200 socket for Comet Lake. It should work since Intel didn’t change the dimensions. But as of this writing, Intel has not updated its product page to reflect this (Z490 motherboards are not yet available to purchase).

The pump assembly bears EVGA’s branding with RGB lights. It’s fully configurable, or you can turn off the lighting if you’d prefer. According to EVGA, the max noise level is rated at 20 decibels—quieter than a whisper, according to Yale’s decibel level chart (PDF). The fans will add some volume as well, though EVGA says they are “built for superior cooling and lower noise.” EVGA touts these as traits of the curved housing and specially designed blades.

You can get this same deal at Newegg, though if buying directly from EVGA, the company tosses in a t-shirt (XL only) promoting its Nu audio line.