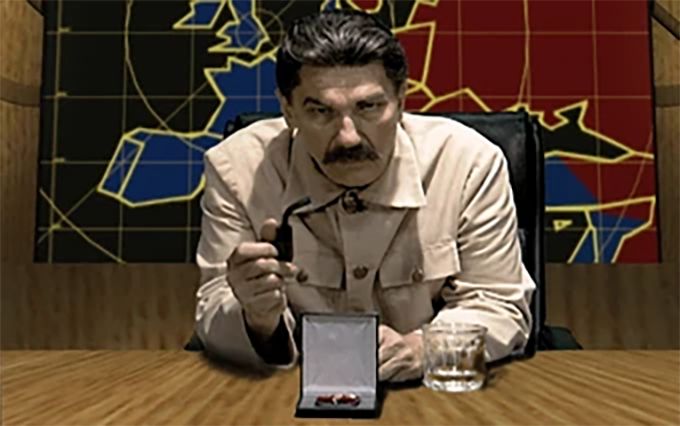 Playwright Ernest Kearney announced earlier this week that actor Gene Dynarski died while recovering from a “heart episode” at a rehabilitation center in February. He was 86 years old, and is survived by two children.

Dynarski’s prolific career included parts in Star Trek, Seinfeld, and Close Encounters of the Third Kind—but I first saw him as Joseph Stalin in Command & Conquer: Red Alert. That classic videogame performance can be seen above.

Dynarski was born to Polish immigrants in New York, and lied about his age to join the Navy when he was just 16, according to Kearney’s account. He got his start in acting after moving to California in 1957 and studying the craft in San Diego.

According to Kearney, Dynarski had a penchant for pissing people off with “abrasive and harsh diatribes”—an ability he even exercised on Steven Spielberg—but was “hard to stay pissed at” on account of his generosity and kindheartedness. You can read Kearney’s eulogy for Dynarski here.

Recently, a number of Command & Conquer and Red Alert FMV scenes were discovered on tapes at EA LA, and will be included in the upcoming remaster—though we don’t know if any extra Stalin scenes are among them. Hopefully so.