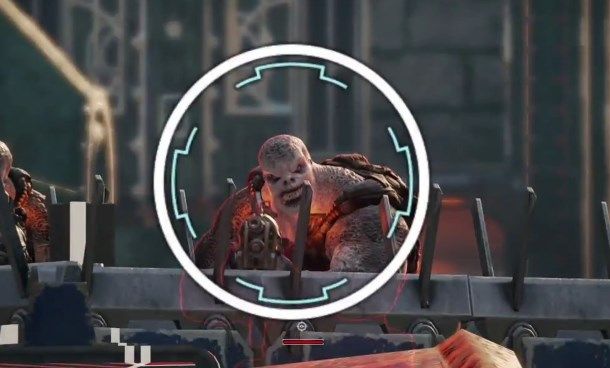 Splash Damage halted development of its team-based shooter Dirty Bomb in 2018, but it’s stayed busy since then with Gears Tactics and Halo: The Master Chief Collection. Earlier this week the studio announced that it’s also working on a new game exclusively for Stadia.

Details of the project haven’t been shared yet, but CEO Richard Jolly hinted in a Stadia Q&A that it will be a multiplayer-focused game of some sort. That’s what the studio is known for—its previous releases include Wolfenstein: Enemy Territory, Enemy Territory: Quake Wars, and Brink, as well as the multiplayer component of Return to Castle Wolfenstein, Doom 3, Gears of War 4, and Gears 5—and Jolly implied that the new Stadia game won’t stray too far from those roots.

“Our games have always been about bringing people together, and that’s what we really care about as a studio. We started this by pushing team-play in shooters, so when choosing our next projects, whether it’s working on certain franchises or platforms, we always go back to that goal, ‘How do these projects or platforms help us ignite friendships?’,” Jolly said. “With Stadia it made perfect sense immediately—the platform is removing friction and allowing people to connect and play with each other instantly.”

“We think we’re building something that’s fun, unique and takes advantage of Stadia’s best features. It’s something a little different from us, but it still has all the hallmarks of what makes a Splash Damage game great!”

Stadia seems to be pushing to bounce back from a launch that wasn’t quite as impressive as hoped: It also announced the Stadia Makers Program this week, which it said represents “our first step into an expansion of self-publishing for experienced independent game developers.” The new program will include a partnership with Unity that will provide technical support for developers, as well as Stadia dev kits and funding.

“The fact of the matter is that far more studios applied to be a part of our launch than we could work with at the time. Thank you for your ambition, patience, and support that those applications represent,” Stadia said. “Now that we’re a few months down the road, we’ve improved our tools and built new partnerships that will let us work with more independent studios.”

The initial rollout of the program is seeking developers working with Unity 2019.3 or later, who expect to release their games in 2020 or 2021. If that’s you, more information and application links are available at stadia.dev.