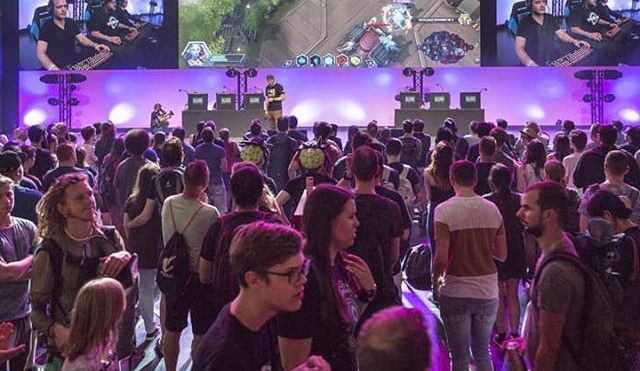 Gamescom is one of the biggest videogame trade shows in the world. It was also one of the only ones to escape the wave of cancellations caused by the coronavirus outbreak: Because the show doesn’t take place until August, organizers said in March that preparations “are continuing as planned,” at least until it was no longer feasible to do so.

That moment may have now arrived, as German news agency dpa says that the country has extended a ban on large public gatherings until August 31. Gamescom was scheduled to run August 25-29, which had put it beyond previous restrictions. It’s now likely a no-go. While there’s no mention of specific audience sizes for these “large” public gatherings, Gamescom is huge: 370,000 people attended the 2018 event, and I don’t think there’s any imaginable reality where that doesn’t qualify as large. Very large.

For now, Gamescom hasn’t officially pulled the plug, but it did say on Twitter that the ban will “affect the planning” for the show. It also confirmed, however, that “Gamescom 2020 will definitely take place digitally,” and said that more details on that will be provided soon.

Hopefully that “definitely” is more definite than the ESA’s plan for an “online experience” to replace this year’s E3: That plan was dropped earlier this month when dates for E3 2021 were announced, as the ESA said it “will be working with exhibitors to promote and showcase individual company announcements” instead.

❗ Even though not all details are known at present, the nationwide ban on major events until the end of August will also affect the planning for #gamescom2020. Furthermore: gamescom 2020 will definitely take place digitally! We will provide further information shortly. ❗April 15, 2020

The good news, according to the BBC, is that the extended ban on public gatherings comes as Germany prepares to ease off restrictions overall. Small stores could begin to reopen next week, and students are expected to start returning to schools in early May. German Chancellor Angela Merkel said the country’s efforts to contain the outbreak have resulted in “fragile intermediate success,” but warned that people “must keep focused and keep going.”

Gamescom has previously said that if—and now almost certainly when—the show is officially canceled, all ticket purchases will be refunded.