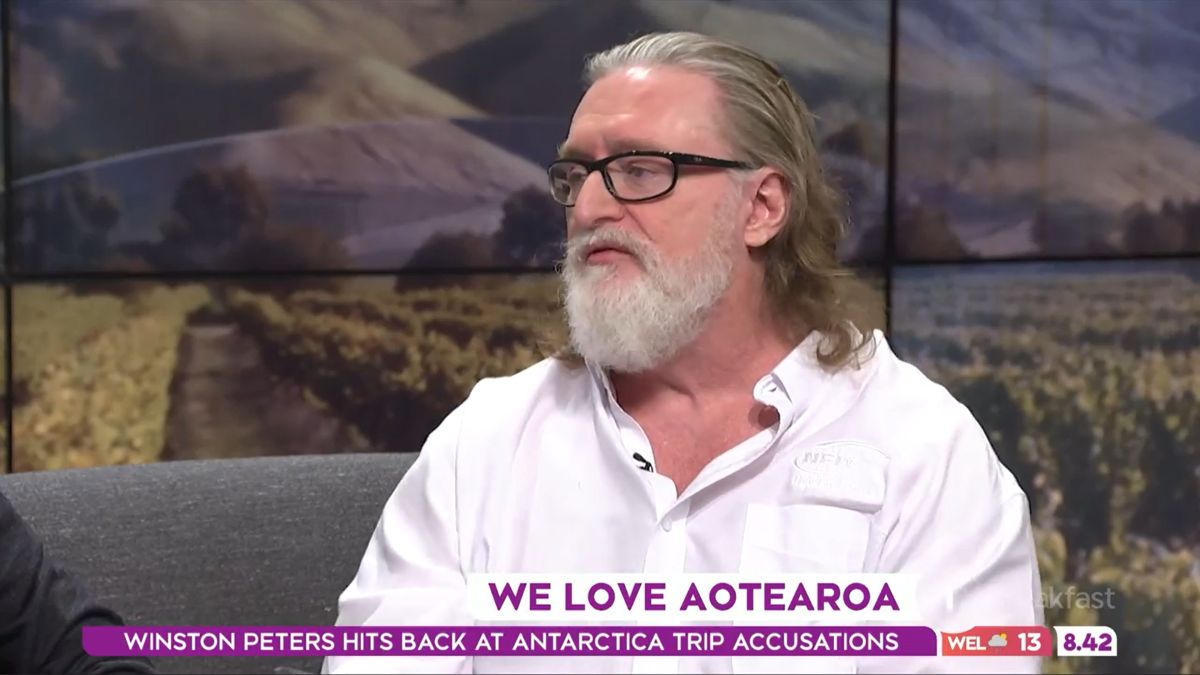 Gabe Newell has been stuck in New Zealand since March and he seems to be loving it. So much so, that he appeared on New Zealand morning television today to announce a free concert to thank the country for its hospitality.

While New Zealand is increasingly famous as a billionaire prepper refuge, that’s not why Newell’s there, though the COVID-19 pandemic is why he remains. After shipping Half-Life: Alyx he took a ten day break in the country with his friend, the Spanish racecar driver Alex Riberas, and the latter’s partner Teagan Klein. According to Klein speaking this morning, the break was meant to last ten days, but “then the pandemic broke out globally [and] we had 48 hours to decide before New Zealand closed their border, and we decided to stay.”

In the TV spot, which you can watch here, Newell said that “the hardest part [of being in New Zealand] by far is being worried about friends and family who aren’t in New Zealand.”

Compared to the situation in the United States “it’s very different,” Newell said. “When I talk to people back in Seattle it’s a very strange time, it’s very challenging. They’re very isolated, they aren’t able to go out and take advantage of the environment that New Zealand has created itself and visitors like us.”

Newell, along with Riberas, Klein and others, have announced a free concert to take place in Auckland on August 15. It’ll be a full blown affair with live music, VR stands, and food trucks. It’ll be all ages by day, and 18+ at night.

Asked why he loved New Zealand, Newell said: “For me it’s very much about the community spirit, the sensethat everyone can come together and solve this super-challenging problem and be welcoming to us as, essentially, COVID refugees. There’s the natural beauty, the fun stuff you can do, but it’s the people that has really made our lives different.”

Since the beginning of the pandemic, New Zealand has recorded 22 deaths and 1,555 confirmed cases.