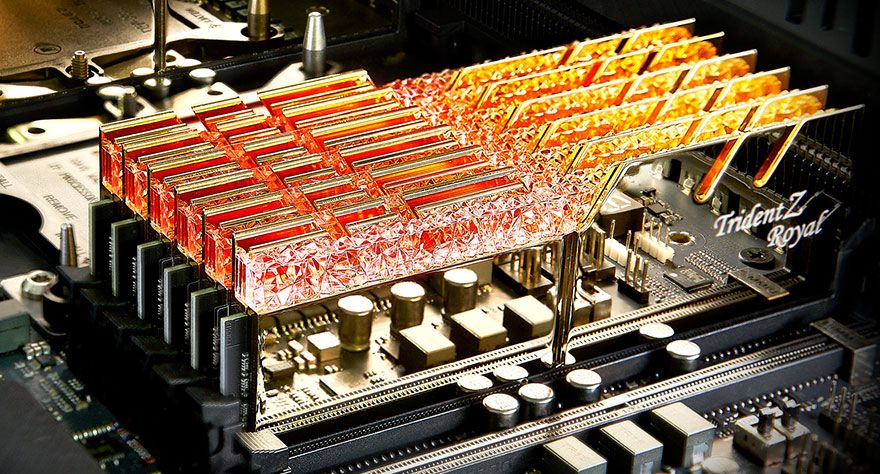 You have to admire G.Skill’s continued passion for high-speed memory in an era when CPUs and GPUs command the lion’s share of attention. They always have, to an extent, though there was a time when premium RAM kits were at least regarded as high profile band mates to the CPU and GPU rockstars of the day. While RAM’s celebrity status may have waned a bit, G.Skill is still shining a spotlight on PC memory, this time with new high-frequency kits up to DDR4-5000 for Intel’s Z490 platform.

Those are all very expensive motherboards for the record. The ASRock Z490 Aqua alone is over $1,000.

Granted, this is all overkill. It’s true that RAM speed and capacity matter for gaming, though as with most things, there is a point of diminishing returns. Generally speaking, you reach that point at 16GB, regardless of whether you’re running an AMD or Intel setup. And when looking at the speed rating, AMD Ryzen setups benefit more from raw speed and tight timings than Intel PCs.

For the most part, faster frequency kits command higher prices, and in some cases, much higher. While G.Skill has not announced pricing or availability for any of its new kits, there is one other DDR4-5000 kit on Newegg. It’s Corsair’s Vengeance LPX 16GB (2x8GB) DDR4-5000, priced at $939.99. For perspective, Corsair’s 16GB (2x8GB) version sells for $74.99 (sans the bundled cooling fan).